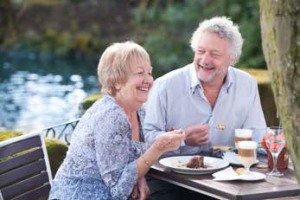 But hey, it's harmless and I suppose every group of individual in this diverse world of ours has its own particular benign cross to bear. I once photographed a TV series featuring that great Welshman and fabulous actor, blessed with one of those deep, melodically enchanting voices that ALL Welshman seem to be given, Phillip Madoc. One day on set, he told me that he had just returned from being Guest Speaker at the House of Lords, where he had caused great excitement and laughter amongst their Lordships (at least those that had bothered to show up or stay awake) by proclaiming that 'the curse of every Welshman is to have to continually repeat that bloody awful name ending in gogogoch'!

So, I surveyed my location, which happened to be one of those rare and endangered species in the form of a beautiful, independent delicatessen and coffee shop and referring to their mood board previously created, Phil and Dan from Fluid Ideas swiftly showed me what they wanted to achieve. The deli was fortunately blessed with a long array of large windows which provided a beautiful, if not always predicable source of natural daylight. We decided to use this as the 'main light' and then placed the large California Sunbounce reflectors with the white side showing, along the opposite side. We then placed our Elinchrom studio lights to the right hand side and aimed them straight into the reflectors to create our 'natural' looking fill. As the shop counter was positioned close to the right side of the image, there was not a great deal of room to manoeuvre and this proved too much of a problem to light the main subjects properly. The light and reflector were simply too close to the subject to avoid looking 'lit'. Not only that, to utilise the full area of the large reflector, the Elinchrom head needs to be far enough away from the reflector to cover the full area of white material and as such, creating the softest fill that we can and this slightly 'spot lit' effect (created by only having a smaller area of reflector actually lit by the Elinchrom head, because it is too close) only added to the 'unnatural' 'natural' look that we were achieving.

It would be easy to point an Elinchrom light at the offending area from behind the counter and illuminate it, but even if diffused through brollies or soft-boxes, it would look like I had lit it!

So what should I do? I can't position the reflector and Elinchrom light any further away, or increase the distance between the two, because there was a shop counter just out of right frame stubbornly preventing me from doing this!

Also, we are working with people and not inanimate objects and if too much time is spent setting up an image, you risk loosing the mood, connection and confidence that you have made with your subjects and those all important fabulous expressions that you only achieve when your subjects are fully relaxed and trust you.

Well, my way out of this particular conundrum was to apply an old editorial technique rarely used yet surprisingly easy to implement with the ability to deliver a look so natural, that it doesn't look like anything has been used.


Please Note:
There is more than one page for this Article.
You are currently on page 2 Contact Stuart Wood 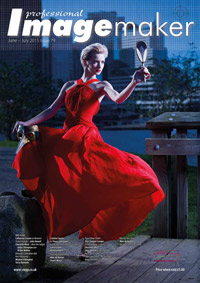