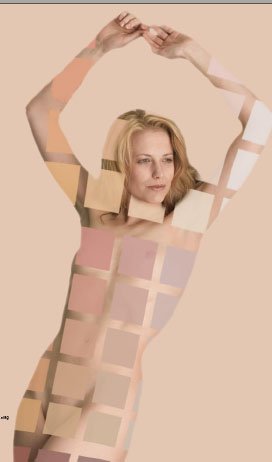 This is a topic your editor first wrote about five years ago in Digital Photographer magazine. The subject continues to generate much discussion and we are frequently asked for advice and article reprints on the features from Professional Imagemaker. It is therefore timely to revisit the subject and add the mass of information gleaned in the intervening period. There have been a number of changes. The use of RAW files has increased and calibration has become more common for cameras, monitors and printers. Our discussions for this feature have been wide-ranging and include instrument makers, camera makers, dermatologists, artificial limb makers, medical illustrators and a number of photographers.

As humans we are tuned to recognise certain colours with more discrimination - the so-called known colours. Skin is a known colour and its pleasing portrayal in an image is of paramount importance. There is a difference between an accurate colour (as in an image depicting a medical diagnosis) and a pleasing colour. Here we move in cultural preferences. Whist it is generally true that lighter skin is favoured by many cultures, very pale skin is only prized by certain ethnic groups. Let's not beat about the bush, we are talking sexual attraction here - that is the point of wishing to look flattering in a portrait. One of the saying we came across in our research is "wealth lightens the skin" This is true for the darker skinned ethnic groups but most Europeans favour a more "tanned look". The crossover between looking tanned and looking tacky is fine and movable, especially with the current campaigns to reduce exposure to damaging uv light. Today people are far more aware of the danger of skin cancer and a heavy, induced tan is looked upon as a sign of ignorance, a bit cheap. At the other end of the scale the dark-skinned ethnic groups stay out of the sun to stay as pale as possible. You will not see students walking about under parasols in a London university but you certainly do in Kuala Lumpur. Also recall that when the Khmer Rouge were running riot, the advice to academics was to get out into the fields and get a tan - pale skinned people were targeted as being part of the upper classes and more ruthlessly murdered. 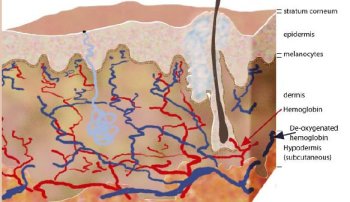 Note the key words here; natural, sensuous, rich, accurate, subtle. What does all this mean?

The arrival of digital has eased the mud off the bottom of the flesh pond. While digital is demonstrably more accurate at rendering most skin tones it also carries the risk of drifting further from optimum in unskilled hands. In addition there is the problem of un-natural reddening of certain complexions when shot digitally as compared to negative-silver halide reproduction - more on this later.

Whilst it is not appropriate to delve into medical science here, we do need a few pointers. The skin consists of a three layered structure, -subcutaneous tissue, dermis (cortium), and epidermis. The surface of skin itself is effectively matte because the uppermost level of skin is covered with dead cells causing no regular reflection. The glossiness of skin can be due to sweat, skin oil or an applied layer of cosmetic cream.