Aspects of Competing - part 1 of 1

As this is being written, I have no idea who has won the annual awards, except for one (which I did not sit on the panel for). The judging is carried out anonymously - the photographer's name is never seen or mentioned. However as you read this, the names will all be known, indeed they are published within these pages. So what advice can we give to those who came close, but are not featured in the lists on the Roll of Honour? Many of you would be agonised by some of the things that caused you to fall by the wayside. There are a few recurring threads which are worthy of bringing to the attention of the entrants, things that cropped up again and again.

When preparing your file, put yourself in the position of the judges.

Assuming that your image has survived the initial cull (which is anonymously conducted by electronic scoring) and you are still in the mix, it is highly unlikely that you will be on your own. Indeed, in the recent judging, just one picture was given the universal nod from the half dozen or so that remained in the frame at the end. In the main, then, there will be a small number of images left, about which the judges will have divided opinions. At this stage a debate is held and the champions of any particular picture will try and persuade their fellow judges of its superior merits. If, as happens, there is a close vote, it is distracting detail that a champion of an image will have the greatest difficulty in defending - the pictures are of equal merit, but picture 'A' has a fire extinguisher left in the background. You cannot easily defend against this, your picture has been deemed of equal pictorial/impact merit to its competitor, but those defending another image can easily and irrefutable attack your choice.

The writing is on the wall when a judge says, 'let's have another look at that image, you know, the one with the plug on the wall' (it happened!).

The moral of this tale is that you should imagine you are down to the wire, the final choice between your own and another image - have you left anything in the image for the judges to pick on? Three offending items spring to mind from last weekend, the famous plug socket, a cup and saucer, and the hands of bar staff, either side of an image, just intruding into the picture - arguably none should have been left in. Do not confuse this advice with leaving in essential messy detail which sets the scene and places the subject in their environmental setting, we are talking here about stuff that has obviously been overlooked.

Do Not Go for Fancy Offset Mounts and Frames

Our judging is carried out by projection, at 1024 pixels wide. If you waste more than half the pixels on a fancy, asymmetric frame you run the risk of not leaving enough pixels to provide essential detail. Some entrants wasted even more than half the available pixel area, we strongly suspect because they did not understand either the requirements or how to scale in Photoshop.

Sharpen at the Delivered Resolution

Sharpening at the working resolution is vital. With so few pixels to work with, it is important that the radius of the sharpening is in sympathy with the size of the image. At 1024 pixels wide, some images cannot take any sharpening at all.

You may have an award winner at 6,000 x 4,000 pixels, all nicely vignetted and skilfully sharpened. If you bash it down to 768 pixels high by 512 pixels wide, many things may happen, most of them detrimental to your image. Go carefully!

As judges we are most unlikely to give an award in the 'Portrait' category to an image that is patently a portrait of a bride. There is already a 'bridal portraiture' category and we would look stupid if we were to award out-of-category. This being the case you are wasting your time entering brides under portraiture. Similarly if your bride is entered under bridal portraiture but is dressed in civvies you had better make sure it is obvious for some other reason that she is a bride!

Beware of banding creeping in when you scale an image or apply a softening technique. A small amount of banding might go un-noticed in the preliminary stages of judging but following on from point 1 of this article, when push comes to shove we look far more critically. As judges we are not prepared to give awards to images that are obviously flawed regardless of how good the underlying image is. We cannot take the risk that we can get a high rez from the photographer for subsequent reproduction! Banding is an issue that we are seeing more and more in our entries and seems to arise from the uncontrolled use of actions and plug-ins. This cost one entrant very dearly in this latest judging, I was defending my own final choice robustly, but had the rug pulled from under me when somebody pointed out banding in the skin. I insisted that the image was doubled checked in Photoshop but the banding was still there at all resolutions (it was also there in the print when we checked later). I lost my case and the image was passed by!

So there you are. These are purely my own thoughts. We are going to implement some changes for next season but will, no doubt, continue to be bombarded with mislabelled, wrongly categorised, incorrect resolution images with flawed attention to detail - that is what separates the winners from the also-rans. Good hunting, think before you email! 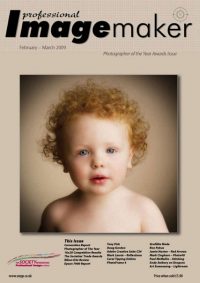