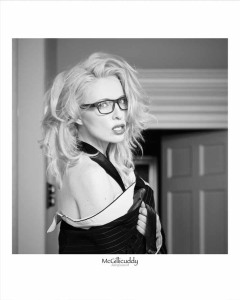 This month Damian McGillicuddy gets creative, as he puts the brand new Olympus OM-D E-M5 Mark II through its paces and extols the virtues of shooting in black and white...

It's been a busy and exciting time since my last article appeared in these pages. Of course the biggest news for me, as Olympus' Principal Photographer, has been the launch of the E-M5 Mark II. And I know that everyone would expect me to say that I'm excited, since I am indeed Olympus' Principal, but the truth of the matter is that the Mark II really is an absolutely stunning camera. And here's how you can tell that I'm being truthful: I don't even shoot video, but the video features on the camera are so good that I really want to start!

I know that I'll never be Steven Spielberg when it comes to moving pictures, though, so I suppose I'll have to stick with being Damian McGillicuddy when it comes to still pictures. And truth be told, that's not a bad arrangement. After all, I did get to test the Mark II and shoot some of the very first launch images for the camera - and I also got to play with it at last month's Olympus Big Shoot Experience, where as you can imagine it got quite a bit of attention from the photographers in attendance!

That to me is one of the coolest things about the Big Shoot Experience - you get a peek behind the curtain at everything that goes on at the top level of the photographic industry, in real-world, commercial-shoot conditions. So when you come along to one of the events, you're not just getting a glimpse at some of the adverts or promotional material I'm taking pictures for - you also get to see some of the new toys, way before the rest of the general public probably will.

So having been putting the E-M5 Mark II and the magnificent 40-150mm f2.8 through its paces in recent times, I thought I'd share a few images with you that I took with that excellent camera lens combination. 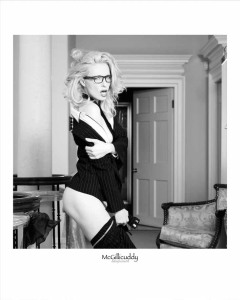 One of the things that I really love about the OM-D is that it enables me to capture a Raw file, which contains all the data, but I can also shoot a black and white image at the same time. And I can see that mono image when I look through the viewfinder while I'm shooting, as well as on the back of the camera afterwards. And this is important because, even after 30 years of experience and shooting every skin tone under the sun, I know that every subject translates differently from colour into black and white.

That's because colours being different wavelengths of light have different responses and different tonal translations when converting into the world of mono. So being able to see the black and white image as I'm creating it, being able to get that instant visual feedback when I check the LCD screen, is vital for me. Because even if I then decide to go back to the Raw file and reprocess it, I'll have seen the mono image and accounted for all the variables while I was shooting it, so I've been able to use that as a sort of styling cue to know that I was heading in the right direction.

As it so happens, with these images I didn't go back to the Raw files - these are the black and white JPEGs as they were created in the camera. This actually happens a lot in my work; because, as I've noted, I'm usually using, let's say, very early run cameras or firmware, it means that the Raw conversion software hasn't been released yet. So 90% of the time if you look at an advert I've shot for a magazine or even some of my promotional images that have been blown up on billboards - those are actually JPEGs. So maybe that helps you understand why I always harp on about 'getting it right in the camera'!