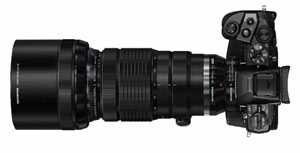 The discovery that two of the successful panels at the Convention were made using CSC cameras provoked a certain amount of digging and metadata-mining. Camera metadata and Extensis Portfolio make a powerful tool; in a matter of hours we had a full breakdown of the types of camera used for both the 2013 and 2014 Annual Photographer of the Year competition. It is amazing what you can learn with the application of data filters - one very successful entrant had used no fewer than seven cameras for their collection of entries! Aside from that 16 successful entrants used CSC cameras, a mix of Fujifilm, Olympus, Panasonic, Sony, and Canon. 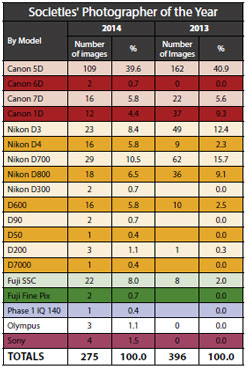 The analysis shows that the percentage of successful images made with CSCs rose from 2% in 2013 to more than 8% in 2014. The data are a little uncertain because only a percentage of the entry actually have metadata appended - montages for example are tagged only as Photoshop files. The numbers of images though are statistically significant; 30 from a total of 275 analysed, 86% of the entry that was tagged.

These data are backed by the sales data for CSCs. They are one of the few product types that buck the trend, actually showing growth. Though overall demand for cameras in the UK shrank 27% in 2014, there was a 2% rise in sales of compact system cameras, according to official figures released by Futuresource Consulting.