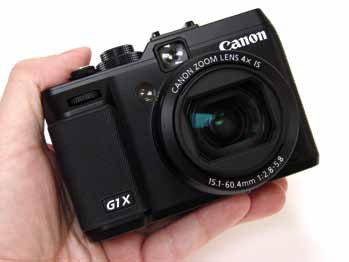 Before the introduction of the G1X, if you wanted a more portable back up to your Canon EOS, that wasn't simply a smaller DSLR, the G12 was the compact to go for. First impressions are that the newer compact is not a massive departure; indeed it boasts very similar handling, look and feel. DNA is most definitely shared.

The sense of deja vu is stronger because the G1X is not the interchangeable lens compact most of us had been expecting from Canon by now, especially with Nikon's V1 having been out nine months. The nearest rival to the G1X, which offers a 4x optical zoom, a 35mm equivalent focal range of 28-111mm, plus a useful f 2.8 maximum aperture, is still the Nikon Coolpix P7100. Competition for both cameras includes Fujifilm's X10, Panasonic's DMC-LX5 and the Olympus XZ-1.

Canon describes the G1X as its 'master compact', so it's no surprise that the metal chassis feels substantial and solid when gripped. A matt black finish and a design resembling a downsized DSLR broadcast the right degree of seriousness. But what really helps it compete against others here is a sensor almost an APS-C size match. The Canon's chip measures 18.7x14mm, as opposed to 23.5x15.7mm, and hasn't been unduly over-loaded in offering a sensible 14.3 effective megapixels.

Second best to a DSLR might be the expectation but second rate the G1X is not, an assessment borne out by features such as a maximum ISO12800 light sensitivity, the shooting of RAW and JPEG in tandem or individually, plus a tilting/swivelling 3-inch TTL LCD with high, 921k dot resolution. Directly above is an optical viewfinder with dioptric correction that in light of the LCD's vari-angle flexibility is surprisingly easy to overlook. In practice, were you to ratchet ISO settings up to maximum ISO12800, although noise is inevitably visible in shadow areas you'd find on the G1X edge definition holds together remarkably well.

In terms of handling, controls are pitched somewhere between compact camera and DSLR. A command dial sits atop a handgrip with sufficient space for three fingers, while a back plate scroll wheel allows us to zip through menus and captured shots. A press of the dedicated video record button and we were able to near instantly commence filming of 1920x1080 pixels clips at 24 fps. 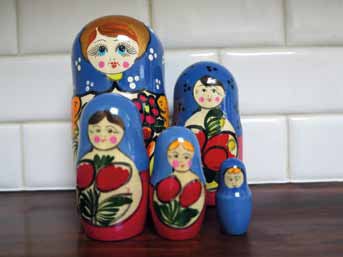 Most controls fall readily beneath fingertip and thumb, without the need to tear an eye away from viewfinder or screen to locate what's required. A case in point: the stiff-action shooting mode wheel serves up custom, auto and manual settings and sits atop an equally robust dial for incrementally adjusting exposure (+/- 3EV), while switch activated flash is of the pop up variety, vacant hotshoe additionally provided. Continuous shooting of 4.5fps isn't up to the 10fps now offered by most premium compacts, but looks better when compared to 3fps served up by an entry lever DSLR. With chunky handgrip and ridged lens surround affording a steady two-handed hold, focal range is adjusted via customary lever encircling the shutter release.

If the G1X has one Achilles' heel however, it's battery life; 250 shots from a full charge is acceptable on a £200 compact but falls short when compared with the 370 shots offered by the outwardly similar G12. However, the G1X comes close to its claimed DSLR quality in that, with a reasonably bright aperture, we were able to achieve an eye-catchingly shallow depth of field. Attractively blurred backgrounds obviously help

lift portraiture beyond the level of snapshot cameras - and obviously that applies as much to video as stills. Landscapes shot at maximum wide angle however did lack a little in the way of bite, and if the camera is left to determine exposure, it is want to bias whatever looms largest in the frame: rendering either skies featureless or foreground dark and smudge-y.

In summary, if you liked the chunky look and semi-pro feel of the older Canon G12 model, but held off because of the modest 10MP resolution and small-ish sensor, then the new 14MP G1X will win your favour. If you're not already a Canon evangelist however, an alternative Compact System Camera may prove a more flexible option. Until Canon comes up with one of its own that is.