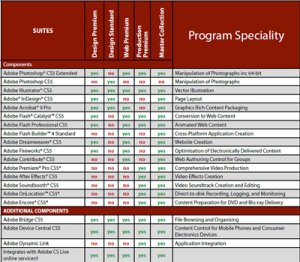 Generally at Professional Imagemaker we avoid all the hoopla that accompanies the release of a new Creative Suite upgrade. There are a couple of reasons for this. Most initial reports tend to be regurgitations of Adobe reviewer's press releases (and are readily available faster than we can get to press) and for 'real use' we adopt a more cautious approach before committing our workflows to potential pitfalls.

Sometimes (with any software) there are issues which hobble your workflow after you have upgraded. Classic, and recent, examples are the confusing loss of the 'no colour management' dialogue box and the abject failure of 32-bit dongles to work with newer 64-bit systems. For certain types of workflow both these issues are total show-stoppers (we still have to retain a 32-bit Windows XP box to carry our profile building and editing, for example).

On the other side of the scales, if you have picked up a new camera model recently and you are trying to use a legacy issue of Photoshop (that is more than two releases old) then it will probably not work in Adobe camera RAW.

In a real working environment, then, we have a distinct disadvantage over the enthusiasts - their mortgage is not dependent upon having a working workflow! Hence the cautious approach, we only test a new version of Creative Suite in the first couple of weeks of a production cycle and we run dummy magazines all the way to 'soft RIP' before we risk a current issue - we also keep the back door open with legacy versions of the software. The continued prevalence of Windows XP in the corporate IT environment is another example of 'version inertia' - for many IT professionals, the hassle is simply just not worth it! 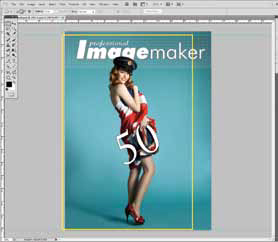 The detail that has to be considered when you upgrade depends upon your operation. Professional Imagemaker is 'middle of the road', we receive material from a wide variety of sources (so we are likely to receive material in the latest formats), we output to a variety of unspecified RIPs and printing presses - all are potential pitfalls if some dodgy code has made it into the final release.

The portrait photographer who prints their own work is a more closed loop and as such they can afford to take greater risks, any shortcomings will be obvious in the first image they transmit down their workflow as they have a tangible result, on the paper print, before them.

The added bonus of a late-breaking review is that the material available on the various forums and websites will have matured beyond the 'sure to work' glitzy video clips that accompany the initial release. Searching the web for 'new features CS5' yielded 2,300 hits (mid December 2010). Also, examination of the forums will usually reveal a pattern of consistent complaints if a feature is genuinely flawed and, later on, work-arounds and fixes start to appear.

The long-standing problem with Snow Leopard and printer colour management is still rumbling almost 12 months after the issue was first identified. Adobe have been forced to issue a separate utility so that the colour geeks can make profile targets using 'No CM' (of which we have read mixed reports). (We also note that Epson's Mirage software deals with the problems as well.) This has not been specifically an Adobe issue but it has left the Mac users with an inability to process accurate prints and few have come out of the mess with any credit. 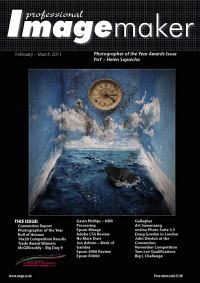