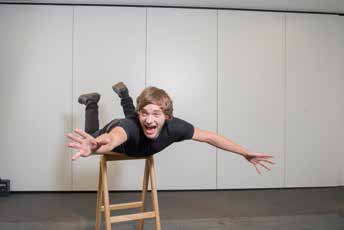 They wanted an image of a band floating in space, and obviously this wasn’t something that could be created in camera …at least not without a really massive budget!! It might seem like an odd request, a band floating in space, but it made sense. The band’s name is Press to Meco, which is an old term that NASA uses that means 'press to cut off the main engine' (Main Engine Cut Off - MECO). So Kerrang wanted an image that related to space for the feature with Press to Meco. No problem! 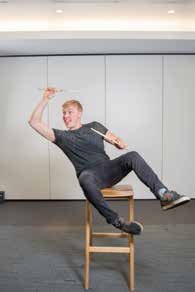 The brief for this was quite simple really. Create an image of Press to Meco in space. Kerrang didn’t want the background to be “too busy” so that it would distract from the band, and they wanted the image to have depth and not look flat.

Kerrang wanting the image to have depth and not look flat was the crucial aspect which my planning revolved around. It meant that I couldn’t just have all the band members jump in studio and have them “floating” in the finished image …that would look flat and lack depth. I needed them to be “doing” something, and most importantly I needed at least one of them coming towards the camera.


Please Note:
There is more than one page for this Article.
You are currently on page 2 Contact George Fairbairn