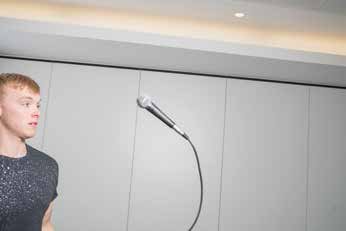 With my clear vision of the finished image, I had a list of things I needed to shoot. That list was as follows:

Lots of shots of cable

That was my actual list heading into the shoot. I was going to decide at the shoot who was best suited for the floating, which is why my list doesn’t specify who and what instrument I would then need a floating photographs of. The band members 'performance' was going to dictate that portion for me. I knew that it wasn’t going to be the drummer though, as I wanted him playing. 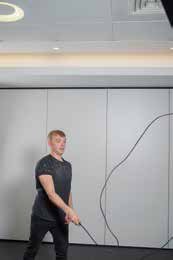 The next part was figuring out how everything was going to float. The shoot took place in the Kerrang offices, so I didn’t have harnesses and fancy rigs to get everyone floating. This was going to require careful attention to detail and a lot of creativity.

Once I was at the Kerrang offices and talked with the band about the idea for the shoot, it was time to get photographing. I set up my lights, which consisted of one key light and one rim light set off camera left. This light was going to act as a separation from the background and give the impression of a bright star just off the finished image. Then it was on to getting everyone photographed. The unedited images that make up the finished image are as follows.


Please Note:
There is more than one page for this Article.
You are currently on page 5 Contact George Fairbairn