Welcome to the pre Christmas, pre Convention issue of Professional Imagemaker. This is our last chance to persuade you to get organised with your Convention itinerary, if you have not already done so. With around 140 speakers there is something for everybody and many lectures are 'doubled up' so if you have a clash you can take a second bite.

Looking back, as one does at this time of the year, photography 2010 has been characterised by a number of things things, the recession and the on-going saga of stop and search by police under section 44 of the terrorism act, the coming of age of the iPhone, the iTablet and the replacement of Windows Vista with Windows 7 (on which this editorial has been dictated via the speech recognition facility).

Photography in public places is due for some relief: much good work has been done by BFP, the RPS, AOP and BJP (among others) and their pressure has resulted in various important statements of intent (but not always action). Even so, the job's worths, it seems, have been reluctant to let go of their illegally assumed power to bully photographers at every opportunity, aided and abetted by the ignorance of the local police forces, who seem unable to read the edicts handed down to them

It could not be simpler - the police (nor anybody else) have no powers to interfere with photographers working in public places. Neither do they have the power to prevent the public photographing them or the right to delete photographs under any circumstances. Perhaps what it needs is for a serving officer to be suspended for acting outside of the guidelines, the ensuing furore would cause their colleagues to read and take note of the edicts handed down to them and disincline them to this type of bullying. The chances of this happening are vanishing the small, they have, thus far, got away totally without censure.

Late in the production cycle of this issue we learned of the death of Geoffrey Crawley at the age of 83. Those of his who were brought up on monochrome have good cause to remember Crawley with affection as the formulator of the Patterson products Acutol, followed in later years by the (still available) Aculux, Acugrade and FX-39. My own favourite remark from him is his description of Ilford FP4 as 'making chimney pots look rounder'; in a sentence he encapsulated some of the magic of the then leading emulsion. Perhaps his most notorious task was the examination and subsequent debunking of the 1917 Cottingham Fairies image by Elsie Wright, one of the great photographic pranks of all time. 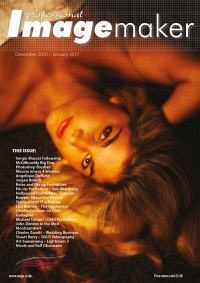