Media Studies took a hammering in a recent Guardian article by Harry Kroto, Nobel Laureate and a professor of chemistry. His point was that closing down chemistry and physics departments of universities, to be replaced by increased numbers of cheap, soft options (such as psychology and media studies) was poor strategic planning. Pointing out that there are more youngsters opting for media studies than physics, he emphasised that there is a glut of arts graduates, with no hope of getting gainful employment in their chosen discipline, compared with a scarcity of scientists. Our dear government is shouting "education, education, education" with one side of its mouth and "cut, cut, cut" with the other. With science graduates costing about four times per head more arts graduates it is the easy option to meet the government 'bums on seats at university' target with the arts.

Photography sits in the middle of all this. On the one hand we have image technology developers struggling to find good scientists and on the other we have the technology users struggling to find paying work. Once upon a time photography was the preserve of scientific thinkers, it has now matured into the preserve of the philosophers. If we don't get the climate sorted (by scientists) we are not going to have anything to photograph before too much longer anyway! What is interesting is the number of scientists converting into photography (at least four in this issue alone) - perhaps our ability to read graphs (do they still teach that!) is giving us an edge in handling the new toys. On the flip side much of this issue's content is generated by art-based practitioners - perhaps we need both after all? It would be a poor world without a mixture. 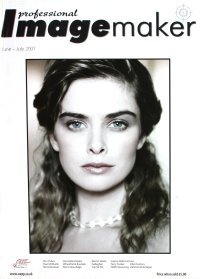