As we run towards the 2012 Convention this is the penultimate issue ahead of the event. As such it showcases as much of our speakers' creative exploits as we can fit in to the slightly expanded page count. There is also something of a fine art thread running through many of the contributions, a topic close to your editor's heart as well as those who contribute to the well-subscribed digital art and fine art categories of the monthly competitions. And talking of competitions we also feature the work of our 16x20 competition char, Denis Orchard. This competition, judged publicly and hung at the Convention is one of the highlights of the year for the standard is always high. You can get away with some things at digitally projected competition size that will simply not stand up to snuff on a full 16x20 print. They also get a more diligent examination, especially towards the end when between 15 and 20 judges will be having a say in the outcome. Presentation is also important; this is showcase work and if poorly executed it is unlikely to get past scrutiny. Considering it is judged anonymously it is often amazing just how many entries from the same, top workers end up on the final table. To catch the eye then you have to impress 20 judges, no small feat in itself and there is usually some robust discussion over the final rounds. Catching the eye then is vital so tempt us with new, daring, innovative approaches allied to impeccable technique. Go on - push us towards that 95 button, we love to use it when we can!

Another topic we touch upon briefly in this issue via theimagefile profile is social media and we have more planned in this area of our commercial lives. We now have more than 1,000 members who tweet or have Facebook accounts along with a lesser number using LinkedIn. Also looming are the new deliver mechanisms such as Kinder, iPad and eBook. I have for a long time been promoting the use of InDesign for album design. An added attraction in the latest version of Creative Suite is the ability to export directly as a .epub format file which is iPad ready.

We show here an example of the way that new media is being exploited, in this case by the specialist photo library Science Photo Library. They have launched an app for the iPad called Mini Monsters, a series of over 500 photo micrographs that have been hand-coloured and captioned. Intended for children, it is priced at £1.99. Each image has been created using Scanning Electron Microscope (SEM) technology meaning you can zoom in to specific points of interest. They have all been individually coloured providing a bright and vibrant visual experience. The images themselves are the works of acclaimed electron microscopist Steve Gschmeissner, the Eye of Science and Power and Syred.

All the insects, bugs and other creepy crawlies can be searched for by name or via broader methods. For example, all the Mini Monsters have been categorised into carnivores, omnivores, herbivores or detritivores. Further filtering options include searching via the number of legs, the threat level (to humans) and whether they can fly or not. Users can save their favourite images in a customisable gallery before showing their friends and family with their very own slideshow.

Now many photographers would baulk at letting their life's work go out at £1.99 but if it sells a million then it makes the photographer a millionaire and few would turn that down! £1.99 is the price of a half of beer (London prices!) but the app is of much higher value and certainly better for you! 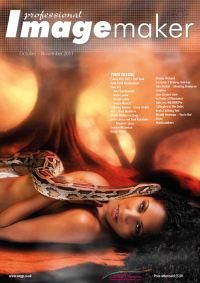