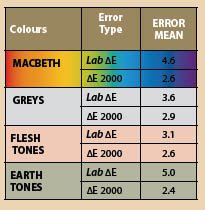 This media arrived as the feature on baryta papers was nine-tenths complete - such is the speed of progress on the inkjet front! It is only natural that, with everybody extolling the virtues of UltraChrome K3 for monochrome, that Epson would wish to join the party with a paper offering of their own. They have called it Epson Traditional Photo Paper - we hope nobody will be fooled into taking it out in the dark and trying to enlarge and develop it! It is also launced in the USA as 'Exhibition Fiber Paper'.

Epson has chosen to enter the market at the premium end with quite a weighty paper at 325gsm and a calliper of 340 microns. It is quite flat and certainly did not have any of the problems of some baryta papers in clattering into the heads of the Epson 3800. It is optically brightened with a lift up to 106% reflectance at the blue end of the spectrum making for a cool and bright paper. The media was so new when we received it that no other details or profiles were available. 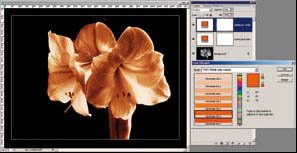 The set-up used to closely mimic the effect of heavy gold toning.

Traditional Photo Paper behaved in a similar manner to the other baryta papers we have tested. The gamut volume was the second highest we have measured at 876,769 and the Granger Chart was smooth, without any imperfections. There was no sign of bronzing or gloss differential and the paper was dry to the touch as it came out of the printer. On the 3800 it was necessary to load one sheet at a time.

In spite of the optical brightening, all of the errors came in below 3 ΔE 2000 with an average of 4.6ΔE Lab/2.64 ΔE2000 for the Macbeth swatches. The profile had correctly mapped the colours to match the cool blue of the base white and so the skin tones were dragged a little towards blue-magenta creating a little desaturation. The earth tones were a tenth below the group average (ie better).

Overall the colour performance is all one might expect from a baryta paper.