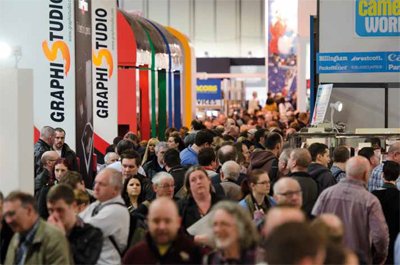 Focus on Imaging 2012 Focus came and went during the magazine production cycle.

By most accounts it was busy and most exhibitors seemed well satisfied with both the turn-over and footfall (official figures just released say 37, 684 individual visitors). Canon and Nikon were invaded (overwhelmed even) by the interest shown in the EOS 5D Mk III, the D800 and the D4. The much reported theft suffered by Nikon in the previous week had left them short of D800 bodies which increased the crush no end (we got to see the only representative of the model present, but did not even handle it). Olympus were busy showing off their new 4/3 compact and also had Damian to entertain the troops, along with James and Orla Jordan (from Strictly Come Dancing). 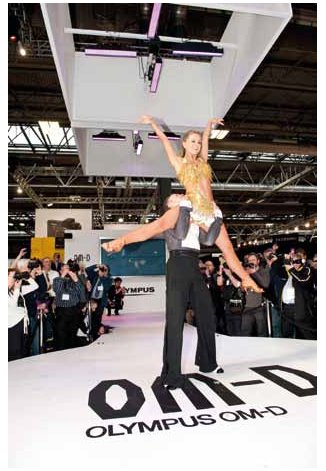 The Societies' stand was busy both with membership enquiries, book selling and a very busy demonstration programme which included Faye and Trevor Yerbury, Ritchie Walton, John Denton, Bjorn Thomassen, Graham Taylor, Richard West, Kevin Mullins, Catherine Connor, Jon Jenkins, and Damian McGillicuddy. The Societies' stand was similar to many this year in that the constant stream of demonstrations brought people out of the isles. Other than peak times this made moving around a little easier, but not a lot!

Fotospeed, Hahnemuhle had new products to show (see Paper Chase this issue). The Olympus OM-D, Fujifilm X-Pro1, the Canon G1X and Nikon V1 all attracted a huge amount of attention, causing many to ponder if this was the way things were moving for a certain sector of the market.

These cameras certainly seem to deliver enough quality for serious use when taking a full DSLR kit is not feasible or desirable. Tom Lee reports on the Nikon V1 in this issue, the Canon G1X we covered in the last issue. There is a diversity of design in these latest offering which provides the user with a wide range of options, cemented together by rather good performance. Your editor was working on the Epson stand where the new dry lab caused a lot of serious interest to judge by the number of suits hanging around. The new metallic paper also caught the eye, it is something we must get around to reviewing as soon as possible.