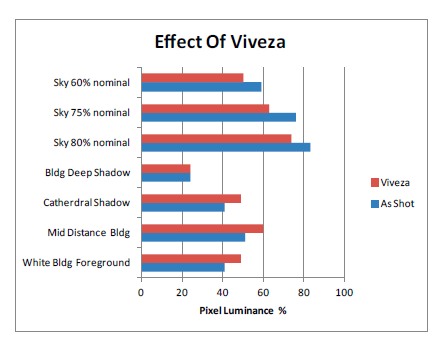 Viveza
Viveza is at the same time one of the simpler applications to use but one of the more complex to get to work well. It comes with no guidance so you are on your own. One way to think about it (and indeed the way Tony Corbell expresses it) is to think dodge and burn on steroids! We are used to dodge and burn in monochrome darkroom as a way of moulding the shot to direct the viewer's eye with the use of light-dark tones. To this Viveza adds saturation, vibrance and structure which mould the 'pop' of the colours according to their start saturation value and start brightness value. Another way to think of Viveza is that it enables you to present a scene the way you saw it not the way a print cramps it down. In the example we show here this was reinforced strongly. Paul McMullin's dawn shot from a drone looked fabulous on a Mac Retina screen but decayed quite a lot translated into CMYK or inkjet. One way to recover this loss is too boost things using Viveza. 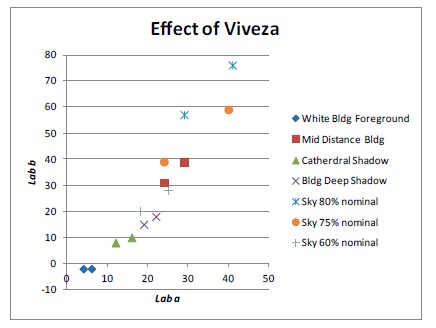 In order to understand what Viveza was doing we plotted a number of points from the image in before and after mode (we had added both structure and saturation). In all cases the saturation increased but more so (at least numerically) in the higher start-saturation values. The Lightness values are more complicated. These maintain their values at the shadow end but are brightened towards the 50% luminance mark before being darkened after the 50% mark (thus, for example making the sky look deeper and richer). We were unable to measure how structure was affecting the mid-tone micro contrast except to say that the water was improved very significantly!

There is no doubt that the panorama in question was improved by Viveza so that it carried the impact that the original scene had. Some of the general drop in contrast in the original was flare as the drone shot directly towards the rising sun.


Please Note:
There is more than one page for this Article.
You are currently on page 7 Contact Mike McNamee