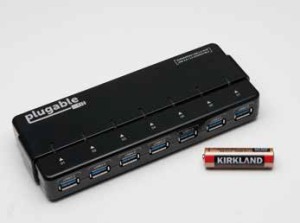 Whatever we do there always seems to be one less port on the hub than we would like! Faced with a USB 2 hub with dubious reliability, we decided to upgrade. The fact that Son of Editor was sending the bailiffs in to recover his Compact Flash reader meant a new one of those was needed as well.

Porting to computers and laptops has always been a pain. Despite all the advances in connectivity, we remain hobbled by a tangle of wires which sometimes beggars belief. Laptop makers and Apple have long since given up installing card readers on their devices - when Compact Flash was the only option, many were equipped with a port. On the ImageMate, which is the subject of this review, there are 10 options of cards catered for!

The USB 3 technology is extremely fast, and it needs to be with cameras such as the Nikon D800 with their massive files. However, USB devices sometimes need power and the rating has been increased so that you cannot reliably draw power from the host port. This means that the hub now needs a power brick which, in fact, requires more space and weight than the hub itself and also introduces a tangle of wires and the need for one more 13 amp socket. This is more stuff to leave behind when you depart from a client's or more stuff to gather dust on your desk, or both! 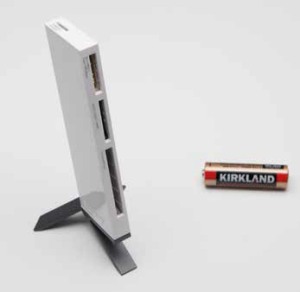 Enough moaning, let's look at the devices. We chose the Plugable seven port USB 3 hub for no better reason than it looked nice and shiny and cost a reasonable £35 - a bit pricey, but we got hammered for buying cheap last time! In the event, Amazon delivered it the next day and we were up and running. The unit has a claimed speed of 5GBPs which impressed us even if we could not relate that to D700 NEF files which is the standard currency around these parts! (Plugable 7-Port USB 3.0 SuperSpeed Hub with 20W Power Adapter UK and EU Mains (VIA VL812 Rev B2 Chipset with Latest v9091 Firmware. Windows, Mac OS X, )

For the card connector we choose the Sandisk ImageMate on the grounds that it looked small and shiny and our other Sandisk stuff always seems to work. This required feeding the Amazon beast with another £25 and once again it was delivered the next day. (Sandisk SDDR-289-X20 - SANDISK USB 3.0 IMAGEMATE READER).