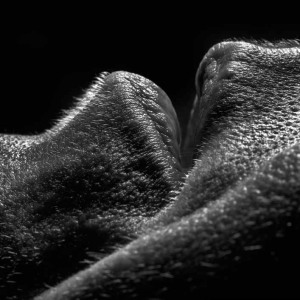 By Kevin Casha
For me, photography is fascinating because it is always throwing up new challenges and questions. It is not unlike the exploration of space - no sooner is one planet superficially explored than scientists start researching another, far off planet or galaxy. The process is never-ending and the world infinite. In my opinion, infinity is synonymous with space but also synonymous with the world of photography. The advancements in technology, not only in hardware and software, but in scientific terms, have opened up a myriad of questions about art in general and the photographic medium is no exception. The thirst for further knowledge and learning about my passion has always stimulated me to attempt to go that little higher, to always endeavour to broaden my grasp of the subject. This can be at times frustrating as the more I try to learn and explore, the more I understand how limited my knowledge is.

Due to this obsession, I decided two years ago to embark upon a masters degree course at the University of Malta. This masters was in Contemporary Digital Fine Art, and a huge chunk of it, as implied by its title, was directed at current photographic trends, concepts and technology. The voyage was not an easy one, as it was a full-time course which, due to my lecturing duties at the Malta Art and Design College, I had to squeeze into a restricted span of time. Here it came in handy that I am a light sleeper and that I usually sleep not more than five hours a day - this makes my 'active' day substantially longer!

As the course progressed, two factors became increasingly apparent: The first was that the path I had chosen when embarking on this journey had led me to a process of self discovery. The second was that research, in all its forms, catapulted me into a whole new universe of knowledge - knowledge that I was not previously interested in or even remotely aware of. In a relatively short time, I felt that my vision, not only of the art world, but of actual life, had widened in a radical manner. The whole exercise and process, although turbulent at times, positively stimulated and sharpened my appetite for continued discovery. My thought process became progressively more sensitive, intuitive and eager to embrace diversity.

My brain also became further inclined to evaluate issues through a more open and receptive mind. I became very much aware of the conditioning that we are all being subjected to through society, geography, social media, religion, politics, internet and so many other sources. I am now taking nothing for granted.

Being all my life fascinated and intrigued by imagery, I became more inclined to study and explore how images are not only created but perceived. How is an image defined? Which are the main influences which impact a person when studying an image? Is it the creator of the image, is it the conditioning, and is it the knowledge of the individual that influence the viewer? How does the relationship change between the viewer and viewed when the space between the two is affected? How much can the advancement of digital technology impact the way images are viewed?