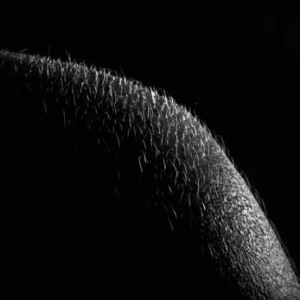 By Kevin Casha
The imagery produced for my art project purposely stopped at the borders of conventional photography, avoiding microscopic technology which would have taken the work into a scientific sphere.The latter was something I wanted to avoid as I wished to remain with semi-abstract work and not go into the realm of total abstract. Although far from conclusive, my research substantially pointed towards the conditioning of both the creator and the viewer as the two main factors which seem to mostly affect and shape the perception of imagery. The final photography project questions and hints at such complex issues but in a manner where viewers are consciously left to arrive at their own interpretation with the fewest prompts and signifiers from the image creator. The concept is not a straightforward one because all the decisions and choices which lead to all image's impact are the observer's interpretation.

Finally, the process undergone in my work is hopefully bound to beneficially filter back and affect my future endeavours in two primary spheres: the infinite ways in which images can be perceived because of conditioning factors and the power that I have, as a creator, of controlling and influencing viewers of my work. Whenever an image is created, there is the inevitable input of the creator. A person's response is rooted in social knowledge and the context of time. I feel it is not the changing of space and distance that mainly influences the reading of images but the intervention and infinite conditioning factors of both the creator and the viewer. It is important to keep in mind that visual perception and thinking are more liberal and less stereotyped than verbal thinking - as every artist normally acknowledges, there are thoughts that can be visualised without being verbalised. This way of thinking has directly eroded and challenged my prior conceptions, as well as importantly reversed aspects of my previous conditioning towards both the creative process, as well as the perception of imagery. I am no longer satisfied with the superficial and the face value content of what I see, but I thirst to further explore and exploit what I have learnt in order to use imagery in a much more conceptual and influential manner. 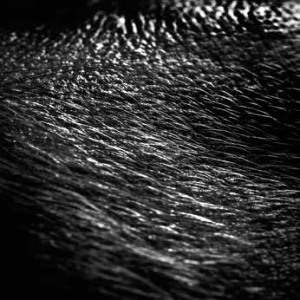 A note on the final exhibited project photographs: The actual production of the photography was rather simple. Only one strong studio light was used. A snoot made the light more concentrated and directional, whilst the positioning of the beam was either from the back or to the side of the subject - a 30-year-old female model. A 100 mm macro lens was used. I feel that the final, most important statement of the photographs is that when we really look deep and in close proximity to a human being, we are all the same!