This is a new cotton polyester base material. It has a weight of 350gsm and a thickness of 52microns (i.e.half mm).The weave is a fine Oxford twill creating a delicate "canvas" pattern in the image.The coating is a glossy instant dry type, which is water resistant. Bizarrely the information of the box outer and the inside instructions do not seem to tally.The outside claims "instant dry" whilst the inner leaflet suggest that "this media requires time to dry...". No advice is offered on which ink set to use other than the suggestion to employ a media type of Water Color Radiant White, which on the 4000 at least would call up Matte Black. A time of 24hours is recommended to allow the canvas to "cure".WE measured the audit chart after 1hour and 18 hours and noted a very slight lightening of the print, which would have not been detectable by eye. Nevertheless you should follow the instructions before framing up a print behind glass if you wish to avoid condensation.Paper Chase

In the absence of any advice on which ink to use we tried both as part of the ongoing experiments described above. While we were able to differentiate the prints by means of the spectro data we were unable to do so by viewing the prints. The differences in the look of the print according to the viewing angle far outweighed any differences in the subtleties of the Dmax values. On the spectro the differences were of the same order as those found with Permajet portrait described above, about 0.2 on Dmax of the deepest black.The difference sin the colour coordinates were far less on this material and are described in detail below.

Overall the colour rendition of the material was superb, mimicking that contained with the new Hahnemuhle material of the same weight review a couple of issues ago.The gloss finish created a rich lush feel to the print as if it were already varnished.The gamut volumes of both the MK and PK were higher than those obtained from all other canvas materials tested this year (other then the Hahnemuhle) and were up by about 25%. Surprisingly the gamut volume measured higher for the PK than the MK bucking the normal trend of the volume tracking the Dmax.

Attempting to find differences between the PK and MK images was extremely difficult. By making a careful side-by-side comparison we could detect that the foliage, bluebell blue and deep browns were slightly darker. Again however, the gloss finish made changes in the viewing angle dominate the differences.

The greyscale linearity is shown in [1] and is one of the few graphs where the difference between MK and PK can be seen.The tone scale is essentially wellbehaved with a smooth transition down to the deepest black which levels out just at the end.The blacks were blocked up below the 8% brightness mark, about 27 RGB points.There were no detectable tone cross-over in the greys and the profile mapped the greys to within 1 Lab point of pure neutral, perfectly balanced to the base tone of the media white point. For the record, the white measured -0.66 and 1.00 for Lab a and b values.There was no evidence of optical brighteners either under uv light or on the spectral trace. It is perhaps the lack of brighteners, which gives the slight warmth to the base tone - it appears very slightly cream to the eye.

The only weak tone was the first white from the spectral highlight. In common with other canvas materials we have measured there is a slight lack of differentiation by eye even thought the spectro data suggests that ink is present.You may care to push a little more ink into your highlights if you are imaging wedding dresses but you will have to experiment.

The overall errors in the Macbeth Chart Colours are shown in the table for the DE2000 measure, broken down into the errors in hue, saturation and lightness. The average for all the 7600 measurements hovers around 3.3 so the MK is amongst the best at 2.70 and the PK is in the running at 3.49. For a canvas these data are remarkable as they are up with the best of the gloss and lustre finishes. As with all Ultrachrome data the weakest colours are the blues, the area of the spectrum where the eye has the greatest difficulty in detecting error anyhow. Expressed in Lab terms the overall colour error averaged around 5.5 compared to contract proof standard of between 4 and 7 on the same scale - quite a result then! In terms of the actual colour error (ie ignoring the brightness errors) the reds, flesh tones, and oranges fared the best.

The flesh tones were very accurate; in fact the average Caucasian tone of the Macbeth Chart was a minuscule 1.6 DE2000 and 2.3 Lab, just detectable to the trained eye under ideal illumination.WE show in graph [3] the result for both PK and MK.They are typically slightly desaturated with no distinct pattern in the hue bias.To all intents these are flawless skin values right across the sweep.

We defer here to the data from Wilhelm (www.wilhelm-research.com).The PremierArt media has been tested both with and without a coating of PremierArt Print Shield.This lifts the rating from 69 years to 82 years under framed glass and to over 100 years with UV filtered glass.Unframed prints have projections of 37 years uncoated and 65 years coated.The Wilhelm notes on silent in regard to the type of ink used for their tests.

The media is billed as water resistant, which covers a multitude of sins.When we coated the media with DCP Giclee varnish it smeared very slightly but enough to be damaging for a print with a white surround.Great claims are made for the PremierArt Print Shield and as it was used for the Wilhelm testing we must assume that it was compatible with the canvas. Once coated the surface is extremely water resistant, certainly OK for normal wear and tear. 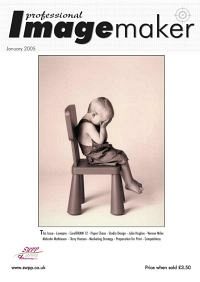