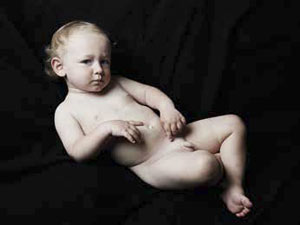 The annual Taylor Wessing Photographic Portrait Prizeis divisive - and this year is certainly no different. Thecompetition celebrates the very best in contemporaryportrait photography and invites entries from all overthe world. This year the 4,929 entrants were narroweddown to a small but prestigious exhibition beforefinally the winners were announced in November. Thecompetition makes no distinction between amateurand professionals - it's only the image that counts.

It's no small prize either; the winner of the competition will take home a£12,000 cash and there are smaller prizes for various runners up too. Thepress exposure for those who make the exhibition shouldn't be sniffedat either, column inches raise reputations - and there are certainly many,many column inches both in print and online written about the entrantsto the Taylor Wessing Prize!

The winner this year is David Stewart's Five Girls 2014, a portrait of hisdaughter and her friends just after their graduation from university. Theshot recalls a photograph Stewart shot seven years ago of the samegroup, which made it through to the Taylor Wessing exhibition in 2008.The detritus of their post-university social lives surrounds the youngwomen; coffee cups, sushi boxes, and mobile phones litter the table.This is a million miles away from the fast food cartons from seven yearsprevious and reflects their newfound sophistication. 'I have always had afascination with the way people interact - or, in this case, fail to interact,which inspired the photograph of this group of girls' says Stewart on thefive subjects of his photograph. 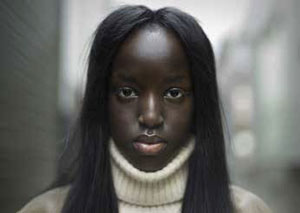 What always strikes me about this exhibition is the amount of unknownpeople within it. The rest of The National Portrait Gallery is filled withimages of famous people, indeed its mandate is to collect and commissionphotographs of eminent British persons, so it's almost a slightly peculiarexperience to see so many nameless people in one room here. Of coursethere are the occasional famous faces; the Obamas, Gilbert and George,Peter Capaldi, and Benedict Cumberbatch all appear alongside ordinarypeople photographed going about their lives.

And it's those everyday images that are all the more striking in manyways. The fact that a photographer has gone out of their way to makethis person's portrait makes you wonder about the story being told in theimage. One theme predominant this year was the idea of women at work.Portrait of Sarya with RPG by Joey Lawrence depicts a PKK fighter, whileanother portrait by Justin Sutcliffe shows Jamila Bayaz, Afghanistan's firstwoman Police Chief. Closer to home Adrian Peacock photographed PoliceConstable Robling with her snarling German Shepherd Fintan (apparentlyhe just 'didn't like photographers') in Wembley. Against these images,and several others of women at work, Ivor Prickett's fourth-prize winneris thrown into sharp relief. Amira and her Children was shot in NorthernIraq while on assignment for the United Nations High Commissioner forRefugees. The family had fled their home after the area fell under ISIScontrol and were now living at the Baharka camp near Erbil.

But that's the thing about portrait photography; anyone couldpotentially make an interesting subject for an image. However, not everyphotographer can seek out a subject and then make a portrait image thattells a story and is worthy of an international prize.

Entry for the Taylor Wessing Photographic Portrait Prize 2016will open in May 2016.

Entry is open to everyone aged 18 and over from around theworld. 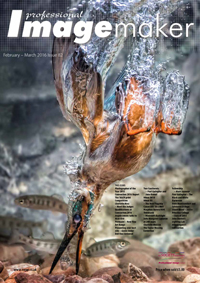