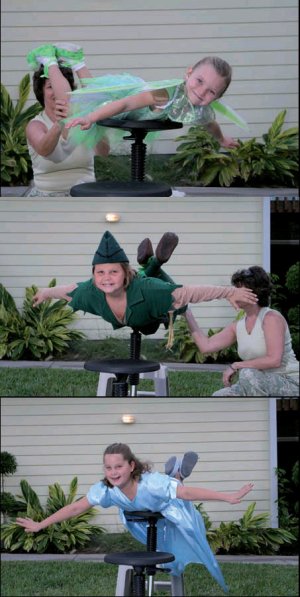 The portrait was composed in Photoshop at 30x30 size and 150ppi resolution - the bottom layer was the sky (boat removed with the Patch Tool), the next layer was the foreground images blended together using a Layer Mask. Once I had the composition ready, I applied Nik Color Effects Pro Filter SUNSHINE to warm up what had been dull days in both images and then flattened the result.

I used the Pen Tool and Extract to isolate the subjects and also remove the black stools. The children and the pooch were dragged and dropped onto the background image, sized and positioned into place and then merged onto one layer. I pieced together skirts and wings from other images taken during the shoot but tried to keep it loose - the edges are not that important when you are going to end up painting it!

I retouched and enhanced the children and then applied a soft focus filter (the famous Eddie Tapp/Monte Zucker soft focus filter to the skin ...(see last issue Ed). Using a layer mask, I removed stray bits of clothing and hair and then applied the layer mask so the final image preparation contained two layers; the background elements and the flying subjects. This file was saved as a PSD named PeterPan01.psd. I then un-flattened the image, discarded the layer with the children and resaved the image as a PSD named PeterPan02.psd. This gives me two images - the background and the background with the children on a layer in position ready to transfer in after the initial background paint has been applied. 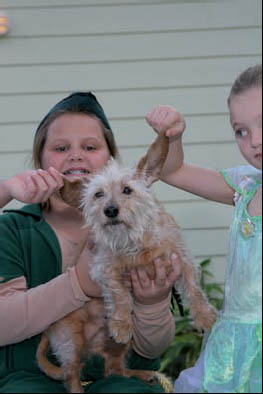 I opened PeterPan02 first (just the background). I cloned it and added accent colours with the Artist Impressionist brush. Lilac was put into some of the leaves, white and bright yellow on some of the foliage highlights, white in the clouds and some dark blue in some of the shadows. I then re-selected and re-cloned the original so I could work on an original but access two clone sources - another original and one with colour added. I checked in File/Clone Source to make sure I was sourcing the image with colour added. The original would be used to fix mistakes if needed.

The sky was selected with the Lasso Tool and feathered 10 pixels. I recorded a wispy, angular blending stroke using the Blender/Smudge brush, 80% opacity with Resat turned up to 30% (so it pulls in some colour from the source). Then I Auto Played back the stroke to blend the sky, deselected and finished off the edges by hand.

This file was saved as PeterPan03.psd.


Please Note:
There is more than one page for this Article.
You are currently on page 2 Contact Jane Conner-ziser 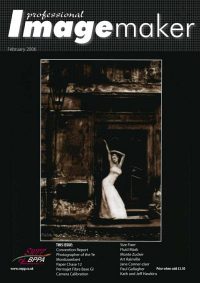