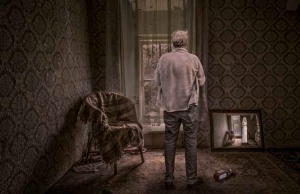 Winner 16x20 Competition We can work it out by Terry Donnelly

Banding was present in some images and not for the first time. Issues such as this are a reason why prints should be prepared ahead of the deadline when there is time to resolve problems. Lack of bitdepthfrom pinching in the levels in an image can sometimes be the cause, but other culprits include over working an image, having to make too high a level of exposure correction, not using Raw files, use of JPEG workflows, and poor icc profiling of printers. In Photoshop, layer masks are 8-bit devices which are sometimes the underlying cause of issues. Although channels are also 8-bit, they at least have three times the chance of providing pixel structure from the R, G and B channels. Dodging and burning is sometimes a cause of issues, as are the overuse of filter effects such as Nik Filters and Nik Silver FX - there is nothing wrong with these filters when used within their limits, but things can get out of hand if you do not take care.

A couple of other things went into the editor's notebook: In Wedding Reportage only one out of the 15 merit prints was in colour, the remainder of course being monochrome (see the article on monochrome in this issue).

While there was much discussion over the final selections, some images were elected by huge majorities - Lenny Smith's mouse being one of them. There was also strong agreement for the overall winner Terry Donnelly. We are looking into a feature on Terry Donnelly for an upcoming Imagemaker. 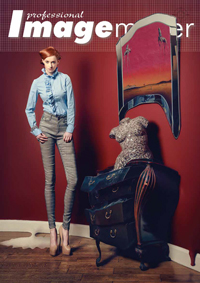