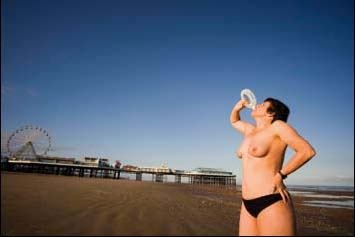 where Julie Walters plays a young wife determined to complete her education and become somebody? Well in real-life think Aggie McGuinness - the SWPP member whose total dedication and laser-beam focus completely transformed her life.

Lancashire-based Aggie left school at 15 after being told she wasn't really very good at anything. Now she's a much sought-after portrait and wedding photographer averaging £1,500 for a studio shoot session and around £4,000 for a wedding. And these days famous names like actor Kenneth Branagh, TV producer Verity Lambert and 'Body Shop' retailer Anita Roddick are happy to pose for the McGuinness lens.

Not bad for a working-class Lancashire lass who used to travel two hours on a bus each day to work as a receptionist in Manchester for the princely sum of £5.50 a week (the bus fare alone was £2.50 a week). 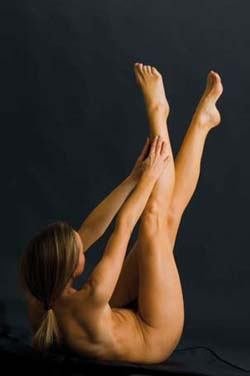 Speaking exclusively to Professional Imagemaker magazine Aggie tells her story: 'In the film, Julie Walters started out knowing nothing - it was said she thought Hamlet was a plate of eggs with cheese. Well, I wasn't quite that ignorant but a number of my friends have told me over the years there were definitely similarities between her ambition and mine'.

Aggie went to night school secretarial classes in her teens, before finding a job in an insurance company.

"I worked my way up to a point where I could deal with solicitors but they would never let me become a full representative because I was a woman... but thankfully that was over 30 years ago," she adds.

She contracted the 'photo-bug' on a long weekend in Paris with her first husband.

"He bought a Pentax, which I immediately purloined, to take some snaps of our two children. And that was it. I was hooked. The problem was my dyslexia. It meant I had major trouble reading instruction books - so I decided to go back to night school and learn photography properly. I had been talking to a woman who had done a degree as a mature student and she inspired me to get the qualifications I needed. Initially I felt completely out of my depth with various obnoxious and anal teachers who really had no respect for me at all. But by the end of the second year they had changed their tune. They could see I was serious. And they could also see I had something to offer. I left with a first-class honours degree!" 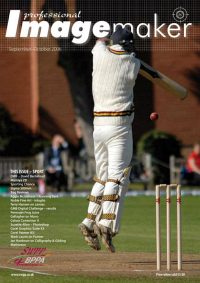