Q...What images or subjects are prohibited for submission?

That is a huge question... There are books written on the subject that fail to fully cover the issue and we and our members have to be very careful about the images loaded for sale as stock.

However some guiding principles are:

The provenance of an image has to be very clear. For example, though theimagefile don't sell exclusive licences some libraries do. Once those images are sold then they clearly must not be sold anywhere else for the period of that licence and of course the member loading the image for sale should indeed own it!

Releases and permissions are required in an ever growing number of situations. Models and buildings are obvious examples as are images taken from National Trust Property or pictures of children in certain circumstances.

Submissions containing pictures of other works of art or Corporate Logos need also to be treated with great care.

We also have a policy on images that are likely to be overly offensive. Nudity as art is of course fine. However, it is always a fine line where this becomes pornography which is unacceptable. (There are private upload areas for secure online management and confidential delivery for 'glamour' work) There have also been examples of members trying to load overly gory or gruesome work for example. Though there is no law against it, it is generally in bad taste and we would not display those types of images.

All these rules though very often take second place to common sense and though we do have occasion to quarantine images, generally the membership and photographers as a whole are a very responsible group and sensitive to these types of issues. It is far more likely that a member calls and asks for our opinion before loading.

We also require one mugshot of the interviewee. The company logo. A hundred words on the company - where it began, where you are now etc.

Q...What do you see as the future of stock photography?

Again that is another monster question. The world is becoming awash with imagery from the millions and millions of digital cameras and telephones in use. We are often now seeing telephone images in newspapers and 'footage' broadcast on TV. The challenge is to get the right images, at the right quality, easily and affordably available. This can be done and istock are a great example. All this exposure to photography is making everyone far more image aware and appreciative of quality images. I think the future is very bright for stock imagery of all kinds.

theimagefile... coding was specified and commissioned to a team of ex Microsoft coders based in Seattle in 2002. The system was two years in coding before the pre launch beta version of the web-application was made available to a hand picked user base of 100 in 2004. Inevitable improvements driven by user feedback led to the final 'Version 1' being launched in January 2005 at Focus.' Version 2' followed in January 2006 and 'Version 3' launched in 2007. theimagefile... now has well over 1000 member customers in the UK and is a refined and polished product. The website regularly gets more than a million hits a day and we are currently storing nearly 3.5 million online high resolution images for sale on behalf of our customers.

theimagefile... now also has servers in Ireland and is planning further international growth this year into the rest of the English speaking world. This expansion will bring a rich cultural and geographic diversity to the image library and attract image buyers from all over the world. 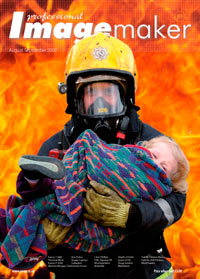