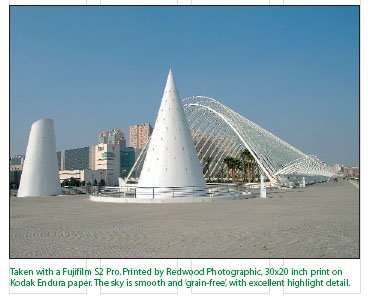 On his way for a break in Spain, digital expert, Ron Stillwell was anxious to purge a few myths and take a tilt at a few windmills.

Speaking to numerous social photographers over the last year around a third who have bought a digital camera are not happy with the results they are achieving. Some put this down to their lack of digital skills whilst others say 'digital simply isn't as good as using film' and carry on using film, with the occasional excursion to digital for rush jobs or as a supplement to film.

From discussions and articles in the press it appears most are focussed on comparing film and digital to prove which is best. Does it really matter? Market forces will ultimately determine the future, but the move toward the digital highway is relentless. What I believe is far more important is understanding the workings and full potential digital imaging has to offer. To do this properly first requires a separation of myths from facts.

This is irrelevant! First of all, I regularly produce images (from a Fuji S2 Pro), which are enlarged to 30x20 inches and printed at the lab on photographic paper. They are sharp and 'grain-free' - something I have found impossible to achieve from film at this size, even with 120 film. Secondly, scanning say, a negative at very high resolution and 16-bit is pointless, except for all but mega enlargements, most of the extra data would be thrown away as print output is between 250 - 300 dpi. In the past I have used many film formats and it would take 5x4 film to produce the 'grain-free' tones of a good digital SLR, particularly in skies. With smaller size prints this is less of an issue with film.

So, the important point is not so much capturing an image with a huge colour depth and gamut that cannot be utilised, but fine-tuning an image to excel within the parameters of a given output device. 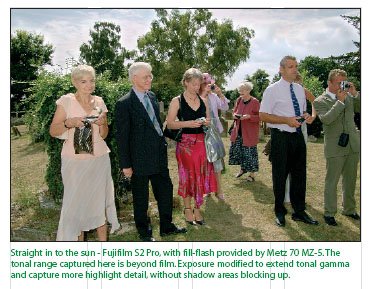 In reality, no. First of all, do you know why the former is supposed to be better? When I ask this question the answer is usually, 'someone told me' but with no explanation. I run digital workshops plus a technical helpline via our website, and a large portion of problems revolve around colour profiles. Guess what's the main cause? Answer, using Adobe RGB. When the digital workflow is reworked (using sRGB) the results are better and the problems encountered are resolved. Let me explain why; the Adobe RGB profile was developed for CMYK printing to take advantage of the extended cyan/green printing capabilities of modern 4-colour printing presses. How much of your work is printed in this manner? I'm not talking about inkjet printing, but books and magazine work. I was a publisher of a magazine for over twenty years, ten of which were 'digital' - I have never had any problems using sRGB.The one time I scanned and profiled the images as Adobe RGB I got a call from the printers asking me to come and check the proofs as it appeared the reds in the images were down. The long and short of it was; any colour profiles embedded in images were removed/ignored when ripped at the film separation stage!

As photographers we use the RGB colour space (transmissive) to capture, view (computer monitor) and print (photographic/inkjet) images. Even when printing using inkjets the images are sent to the printer as RGB files in most cases and converted by the printer.

I have been a photographer for more than 35 years and one of my challenges has been to reproduce colour as accurately as possible. Since going totally digital this desire is no less important and it never ceases to amaze me the superb colour range one can achieve with a good digital camera and equally good postproduction technique using Photoshop. As much as anything the output device determines just how good an image will look.

Photographic paper has, and in my view, will always have both the largest and best colour gamut. Although most modern wet-process colour printers have the capabilities to recognise and utilise embedded colour profiles, this option is switched off. Instead labs rely on the printer's built-in calibration system. This is a practical solution and works well, provided the lab checks every few hours for 'drift', which does occur. So, if you use an embedded profile the chances are most high-end printers won't use it!

Modern digital cameras offer both options but the "native" profile is sRGB.This profile most closely resembles the colour characteristics of a CRT (Cathode Ray Tube) monitor. Again, the colour profile of photo paper is closest to sRGB. It is ironic that within the digital workflow, the item we rely on most to evaluate and adjust colour is the analogue CRT monitor.

A digital camera cannot capture as wide a tonal range as film.

Not so. A good digital camera with a low noise level is capable of capturing a greater tonal range than any film! Again, the final result is limited by, in this instance, the tonal gamut of the output paper. For example, the tonal range of images seen on these pages is less than those printed on photographic paper, or even an inkjet printer. Nevertheless it helps to start with an image that can be tonally manipulated to suit and take advantage of the output paper characteristics.

Perhaps the most extreme tonal condition commonly encountered is wedding photography. As a pro photographer I have shot over 1000 weddings, all taken on film. In recent years I have gone on weddings, shooting mainly candids using various digital cameras. Overall, I have found the Fuji S2 comes out tops because of its CCD chip, plus excellent colour and noise reduction tables. Look at the picture of the wedding guests - shot in to the sun and yet all the full tonal range is captured. Taken on film the sky would have ended up burnt out.

I have to say that the way to achieve a wide tonal range with a digital camera does require some basic disciplines; one, a CCD chip gives better results than a CMOS (higher signal, better signal-to-noise ratio). Two, the capture tonal density must be 'compressed' so the brightest highlights are around 210 not 255.The iFuji on S2mage is then adjusted in Photoshop using Adjustment Layers (very important) and the tonal range can be 'expanded' to suit the gamut of the output printer. This may sound complicated but it isn't - I have produced a workshop manual showing how the most contrasty situations can be 'tamed' with a good digital camera and results, undreamt of, can be obtained.

This contrast-reduction technique can be applied to any subject, particularly when fine detail needs to be seen in light areas of an image. The whole postproduction process can be automated in Photoshop, adjusting 100 images in a few minutes. 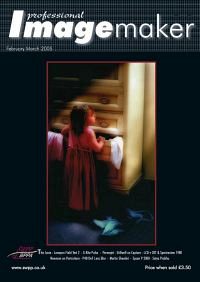