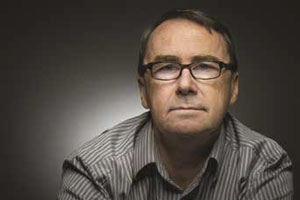 Like many photographers, the obsession with takingpictures started when Terry Donnelly was just a child.'I had a collection of old film cameras I enjoyed playingaround with, but once I left school other things tookpriority.' It was becoming involved with a businesssupplying images to the construction industry thatbrought Terry's teenage enthusiasm for photographyback again, and it's since then that he has worked as aphotographer in construction throughout the UK andthe Middle East.

'It's the pursuit of that perfect image, Terry says when Iask what keeps him taking pictures. 'I don't have anintention or need to shoot lots of pictures, but I dohave a burning desire to produce world-class images.'It's not just the taking of the images that satisfies either, but the wholeprocess of shooting. 'I enjoy the problem solving and planning of a shoot.I still get a rush of excitement when I finally press the shutter releasebutton and hear the click of the image being made. Seeing the final printcan be just the best feeling of accomplishment and satisfaction'. 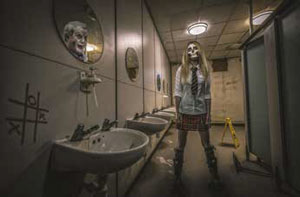 As well as construction photography Terry also shoots sports. His favouritesport to shoot is professional horse-racing and when you see his imagesit's easy to see why. 'There's something very magical about a horse andjockey working as a single unit when running. It's a majestic sight and onethat I love to capture.' Terry has been shooting professional horse-racingfor a number of years around the UK and The Channel Islands and healways finds it challenging to capture a moment that portrays both thepower and elegance of a horse-racing. But Terry finds the time to shootother sports too; 'I always love to shoot emotion and one of the mostmemorable moments for me was capturing when Jersey-based runnerAnna Goncalves ran seven marathons on seven consecutive days. I wascovering the Jersey Marathon which was her final day and the outpouringof emotion from Anna when she crossed the finish line was something I'llnever forget.'

Terry tries to keep up with shooting personal work as well as commercialwork, believing that they bring real benefits to you as a photographer.'Shooting personal projects gets you active and engaged with yourphotography,' Terry tells me. 'This kind of work is also important forphotographers to develop themselves and their style since they allowyou the freedom to try something new with subject matter, techniques,or the creative process.'