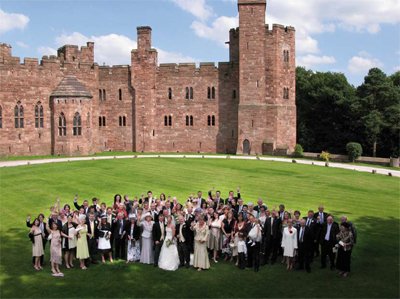 It's the type of stand I have always walked past at the trades shows such as Focus or Photokina, as I had never really considered photo masts to be applicable or even useful to my type of commercial work. Maybe it's because I had just seen the large vans with mega-masts attached and thought 'loadsamoney!' Nice, but not for me.

However, I was recently exploring the more portable systems that mast companies have developed and happened upon www.elevatedphotos.com who produce a number of solutions for different applications. It's interesting to note at this point that these masts can be employed for numerous other applications such as measuring wind speeds, surveillance, land developers, etc and what about group school photos?

Bearing in mind that in the past I have had to hire self-tow cherry pickers with all the hassle and cost that entails, this product certainly caught my eye - a system that fits into a medium-sized car and can be erected and up and running within 10 minutes. Wow!

I was able to borrow a 12-metre system from the Elevatedphotos and after a demonstration from Graham Bearne, the MD at their production centre in Leicestershire, I loaded the kit into the back of the car.

Twelve metres doesn't sound high? It is! The following day I set up the kit at the back of the house and, bearing in mind that this was the first time I had set it up from scratch, I was pleasantly surprised that I was able to be up and running in less than 15 minutes. This is where the mast cost me money (or saved me money?). I used it to inspect the roof tiles on the house and found there was considerable storm damage in areas that I had not been able to see from the ground. With the advent of HIPS reports and other estate agent type work, a portable system such as this can make a very saleable addition to a photographer's capabilities.