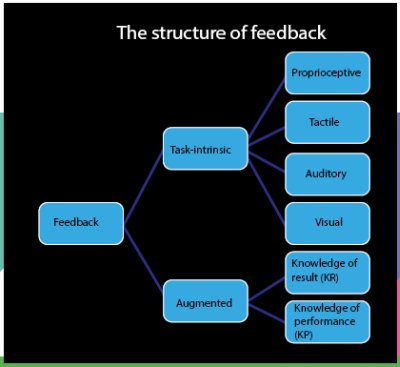 This information may be qualitative (in words), such as 'no award/award' or 'I like that the eyes are placed in the upper first third of the image'. It can also be quantitative, describing the photography with a value, such as a score between 0 and 100, depending on a set criteria.

The optimal interval for getting feedback from a coach is usually less than every execution (such as camera click), so that the pupils challenge their task-intrinsic feedback. A coach may a) wait until the pupil asks for it, b) only communicate when it reaches a certain interval (or bandwidth), or c) summarise the feedback after a set time [17].

The feedback should probably change as the photographer improves. Early in a learning process, one needs feedback more frequently and in smaller units. If it is the same in photography as in sports, then it may be every second or third click when learning basic photography. As the task becomes easier to perform, the feedback can be given less frequently and be more summarised [18].

Photography competitions can be a very helpful tool for photographers to grow, if the knowledge of result is presented in a helpful and actionable way. However, if the feedback is unspecific, then the competitors may loose confidence and be frustrated, as they cannot take actions to improve. Feedback such as 'needs technical improvement' is so unspecific that it doesn’t help the competitor to change. Also, the quantitative feedback should use mathematical good practices, such as using median instead of mean values, when describing centre values of a small group of scores (such as five judges' scores) that may contain outliers. Thus, always use task-intrinsic feedback and complement it with actionable augmented feedback when needed.


Please Note:
There is more than one page for this Article.
You are currently on page 3 Contact John Hellstrom