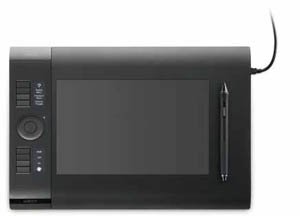 At the outset I was of a mind to say that one of the problems that Wacom has is that its gear never wears out and that the changes between models are quite subtle, leaving less of a driving force to upgrade. The Intuos 4 breaks that pattern, this one is such a leap forward that regular tablet users might easily be tempted to upgrade. And it's not just about the headline numbers, Wacom has been doing some serious talking with professional users and come up with some cool and inventive modifications.

The first thing that you notice is that the button set is along one side only. This is good news, the two sides of the Intuos 3 were a bit of a trial, I was forever brushing my wrist over the scroll bit on the right and causing unexpected things to happen. Do not panic if you are a leftie, the tablet is reversible so you can have buttons either side. You can even decide which of the four corner locations you wish to plug in your USB lead - trailing leads on a desk are a pain, so this is a real bonus! 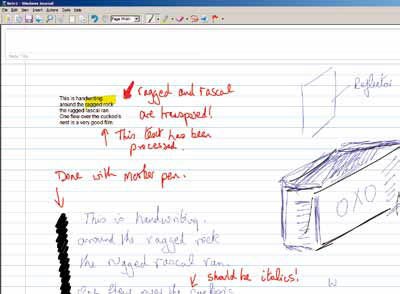 So far so good, what else is new? Well the pen has an extra increment on its bit-depth, so that you now have 2,048 levels of sensitivity. And sensitivity is the word, it is feather light to the touch and requires a mere gram of pressure to get things moving. The finer pen-point is also a bonus, it seems to glide over the tablet surface more easily, although they do wear a little on the end - they can be replaced in seconds though, and spares are stored in the base of the new holder-cumdocking pot.

The sketching tools in Microsoft Journal provide all the usual marks such as red-lining, marker pens and sketching. The Wacom pen is easy to write with and the text may be translated into typed text for the Clipboard. 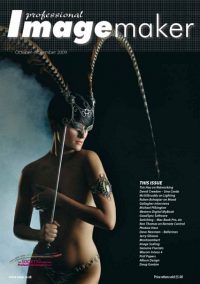