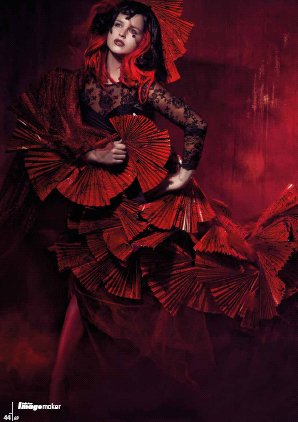 Some people fall into photography almost by accident, while others were clearly born to be behind a camera and it would be difficult to visualise them doing anything else. Frank Doorhof clearly falls into the latter category and he was introduced to the craft at an early age, being brought up in Amsterdam surrounded by a family that had an abiding passion for photography, film and video.

"My grandparents and parents were very active photographers/videographers," he says, "not professionally but they were certainly very keen hobbyists. This is where I got 'it' from I think. I'm always looking for things to capture, even when I'm not working on my usual fashion/beauty projects. I shoot all the time while I'm travelling, and the chance of ever seeing me without camera in my hands is very, very slim."

Now running a studio in Emmeloord with his wife, Frank specialises in teaching workshops and seminars and is a Kelby Training instructor.

Alongside his regular model photography he also shoots celebrities and enjoys taking to the streets on a regular basis with his camera to see what he can find. Life, to Frank, is one long round of opportunities, and he's constantly looking out for the chance to find something inspiring that will yield yet more striking images for his portfolio.

"I always try to capture something that is moving, or tells a story," he says. "I strongly believe that there should always be something 'going on' in a shot, I never actually like images where you just see someone standing still; for me that's rather boring. There has to be something extra. It can be something as simple as the look in an eye or a twist in the body that adds a bit of motion, and it just lifts the picture away from the average and makes it more interesting.

"I would say that my particular 'look' is defined by attention to styling and an eye for detail, and these are the strengths that I aim to take into a picture."

Frank has long had a reputation for sharing his considerable expertise and knowledge with other photographers and, having recently signed up to become a member of the SWPP, he'll be at the Convention next January delivering no fewer than three workshops. Judging by the popularity of his previous training sessions, including demos that were delivered at The Flash Centre recently, those who make it along are in for something of a treat, although they should be prepared for a few surprises. 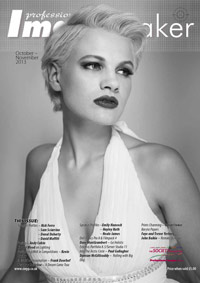