If I'd received £10 every time I identified certain similar-sounding words being used incorrectly during my 25-year career in proofreading, I'd currently be retired and living in the sunny South of France. Sadly, no £10 notes were forthcoming, which is why I'm still sitting in rainy Central Scotland spotting such words in myriad documents. The following are three of the most frequent offenders to watch out for:

A few minutes spent learning the differences between the above pairs of words will repay you handsomely when it comes to making your text as grammatically accurate as possible. Here are a few tips to help you decide which option to use when confronted by any of these bad boys in future:

• A practice (noun) is the name given to the activity you are doing when you practise (verb) a certain skill, e.g. 'During my music practice, I practise my scales first.'

• She wanted to compliment her friend by telling him that his blue jacket would complement his yellow shirt perfectly. Here, the verb 'compliment' means 'to politely praise' whereas the verb 'complement' means 'to go well with/enhance'. Remember, too, that the adjective complimentary can mean 'supplied free of charge', e.g. 'In the hotel bedroom, the manager had left complimentary flowers and chocolates for the guests.'

Principal means 'main' or the head of an establishment; principle means 'a basic idea or rule that explains or controls how something happens or works' or 'partial belief in or agreement with something'.

The above examples are just a few of the many common mistakes writers make. When we're writing, thoughts often tumble randomly into our minds and as we race to get them down on paper, it's only normal to make the occasional silly spelling mistake or to miss out the odd word.

The first time we reread what we've written, many of these basic errors will, of course, leap off the page at us. However, after we've read the text two or three times, it becomes harder and harder to spot mistakes, as now our eyes only see what we believe we have written.

One way to address this issue is to read your text starting with the last sentence then moving to the second-last and so on back to the beginning of the document. By interrupting the normal flow of the sentences, you're significantly more likely to spot errors.

Another handy way of picking up mistakes in short(ish) documents is to read them out loud. You'd be surprised how many times this process throws up something you've missed during the previous three readings!


Please Note:
There is more than one page for this Article.
You are currently on page 6 Contact Mike McNamee 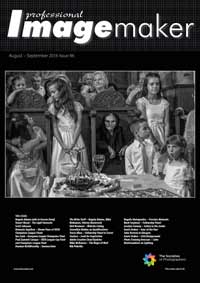