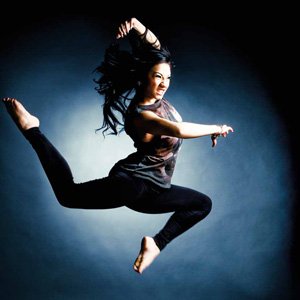 To some the very thought of recession is demoralising, but to others, such as Stuart McIntyre, a time of austerity and cutback is just another challenge and an opportunity to come up with some fresh new angles that will open up new lines of business that are perfectly in tune with the times we live in.

"I think that one of the chief challenges ahead for photographers is an economic one," he says. "The country is still paralysed with fear, and the wider media is largely to blame. I think you have to keep in mind that for many people mortgages are cheaper than ever, while even in a recession millions and millions of people don't lose their jobs! Don't forget that in the great depression people still went to the cinema and still made room for their treats in life. In the same way social photography is usually a treat for people, something they can do without, but nevertheless want for their homes. So the money is out there, we just have to work harder than ever before to bring it in."

It's an upbeat message and one that Stuart is fulfilling in his own business. Earlier this year at the Convention he delivered a workshop that focused on the benefits of being a GP photographer, and of not having narrow niches within which to operate so that you have the flexibility to try out new things. It's very much the philosophy that's worked at Photo Nottingham, Stuart's main base, and it's seen a big and brave investment made over the past year to expand the available studio space and to allow the business to move into the potentially lucrative area of high-class boudoir photography.

"In the 'Running a General Practice Studio' talk I gave at the Convention earlier this year and in the specialist workshops covering this area that we run at Photo Nottingham the focus has very much been on diversifying," says Stuart. "I also looked at opportunities to make money throughout the week, things like running a baby club on the quieter days, doing the Summer Ball /Prom Season (which is usually week day evenings) as well as keeping the busy weekend days profitable. 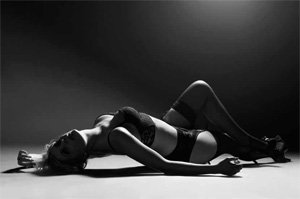 "While singing the praises of GP photography I'm not suggesting that you should ignore specialisms in photography; in fact, I believe there are over 60 of them, everything from underwater photography through to scientific work, aerial photography and so on. However,, in the current financial climate photographers should be looking beyond the confines of their specialities and using their transferable skills to keep busy.

"At Photo Nottingham the strategy is to continue in General Practice, so family portraiture and makeovers are the core of the business, but we also shoot weddings, commercial assignments and events. Boudoir is a new area for us, and we wanted to offer the service in addition to our fashion makeovers. It attracts a slightly different clientele to our standard makeovers, and the opportunity came to build a second studio within our Nottingham premises, so we thought why not! We have a great team of stylists and make-up artists, so it was a natural progression to move into boudoir photography. We offer it to returning clients, and have promotions through the Fresh network and offer sites such as Groupon.

"Another investment I made was to open a second studio in Stoke on Trent last October, which offers the same core services as Nottingham. We're now slowly building up the business there and these are turning into very exciting times for us."