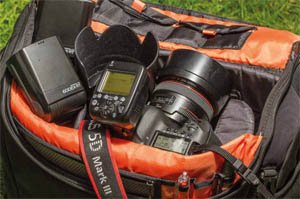 How often do your hear photographers describe themselves as "available light specialists"? It's usually a way to hide their fear of using flash. Of all aspects of photography, flash use is one of the least well-understood and most feared techniques. Instead of avoiding flash, adding a single Speedlite to your kit can help you create different and interesting pictures. Adding a second or even third Speedlite allows you to create your own portable studio setup where you're in full control of the light. Whether it's location portraiture or the first dance at a wedding, having two or three Speedlites available to you will allow you to sculpt light for truly spectacular results.

The first step to using flash effectively, is to stop thinking of Speedlite flashes as artificial light, instead think of them as 'always available' light sources to supplement or replace the light already in the scene.

Unfortunately, simply putting a flash on the hotshoe of your camera is not the magic bullet to solving all your photography woes, however a good understanding of the basics will move you in the right direction.

Even when everything is against you, a Speedlite can help you out of a jam allowing you to deliver great results regardless of the situation you have to work in - which is of course why people book you as a skilled professional photographer...

Not night time only

One of the most common mistakes that many photographers make is leaving the flashgun in the bag until it gets dark. Flash is arguably more useful in bright daylight, where it can be used to fill in shadows and even out the contrast in a scene. Think of it like a selfpowered reflector to direct light into dark areas and you won't go far wrong.

At the most basic level there are two types of flash use - the first, and most common, is where the flash simply supplements the ambient light.

This is fill-in flash and is used to 'fill-in' the shadows of an image. The second, is where your flash is the dominant light source. The principles of exposure are the same in both, the only real difference is whether you need to consider the ambient light or not. With the exception of studio photography, fill-in flash is far and away the most common type of flash use.

When you add flash to an image, you add a second kind of exposure - the first is the image formed by the ambient light, the second is the image as formed by the light from your Speedlite. Often it's explained that there's an ambient light exposure controlled by shutter, aperture and ISO, then a flash lit exposure controlled by aperture, ISO and flash power.

Most cameras take exactly this approach with automatic flash exposures, measuring both ambient and flash light components separately. Key to successful flash pictures is choosing the balance between these two elements.

E-TTL II is the latest version of Canon's flash metering system and crucially, because flash metering is carried out by the camera not the flashgun, any Canon flashgun with 'EX' in the name, matched to any EOS camera from the EOS-1D Mark II onwards will use E-TTL II.

E-TTL II employs a pre-flash that fires once you have actually pressed the shutter button to take the picture. The camera evaluates the ambient light in the scene to build a map of where the dark and light elements are. It then directs the flash to fire a low-powered pre-flash. The camera uses the pre-flash to determine where in the frame the subject is by comparing the results from the ambient reading to those from the flash reading. The concept is simple - areas where there is a large difference between ambient and flash readings are close to the camera and are therefore likely to be the subject. If there is a huge difference between the two readings, the camera assumes those areas are highly reflective, like glass or a mirror, and it then ignores them in the flash calculations.

Based on the results of the ambient and flash reading comparison, the camera calculates the required power for the actual exposure. If the flash is mounted on-camera and pointing directly forward, the flash calculation will also use subject distance information provided by most EF lenses to confirm the position of the subject relative to the focus distance. Once all this has been carried out, the first shutter curtain opens, the flash fires, the second shutter curtain closes and the exposure is complete. 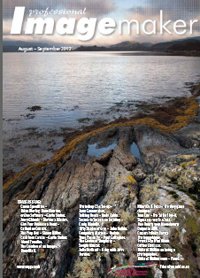