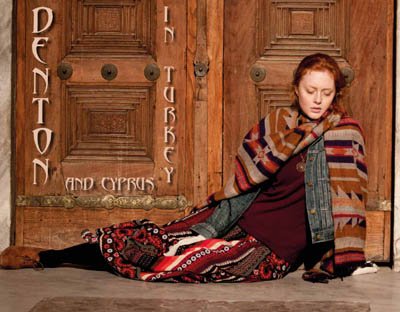 Such was the case when I was asked by HQ if I'd be interested in undertaking the first ever Societies' trip to Turkey. I didn't need asking twice! The workshop was due to be held in Istanbul, a city I'd never visited but always been interested in going to. It's Michael Palin's fault. Ever since I saw him there on his first Round the World Expedition I'd been intrigued by its mix of East meets West.

So it was a very excited John that drove down to London in November. I was taking Tanya along as my model. She's a fantastic talent who I first worked with a couple of years ago when shooting her first portfolio. Since then she has gone on to great things, working around the world on top fashion campaigns but this was a little favour to us.

Arriving in Istanbul showed that the temperature wasn't much different to what we'd left behind in London, but everything else was distinctly different. The noise level was incredible.

All the drivers drove with one hand on the wheel, one on the horn. The police were moving vehicles on around the airport by stopping behind them and shouting through a tannoy and porters were shouting for business to carry our bags. 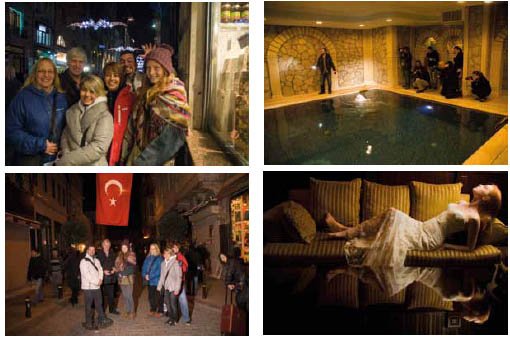 All told it was a feeling of relief to sink into the seat of the taxi. The driver was fantastic, feeding us Turkish Delight, passing over cartons of water and keeping up a running commentary of all the sights we were seeing. Much of this was done whilst looking over his shoulder at us and also dodging the traffic at speed. We only clipped two other cars on the way to the hotel, which he seemed to view as a top result. The views from the cab lived up to expectations though, with beautiful street markets, fishermen alongside the Bosporus, and soaring minarets and domes from the various mosques. Altogether a much nicer drive into town than you get visiting me near Hull. 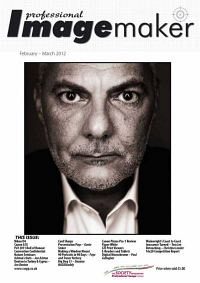