Welcome to our creative-themed issue. Creativeimaging is uncommon as a source of a living wage ina business, but some of our ever-inventive membershave made it work despite the odds. For many themaking of creative images is a source of calm, thatsatisfying thing of doing something 'just for me', a bit of 'me time'.The creative image takes many forms, the very process of takinga photograph is intrinsically creative, but here we are looking forslightly more in terms of input, inventiveness, statement and storytelling. Digital imaging has spawned a vast expansion in the genreespecially the use of Photoshop to montage elements into a cohesivewhole. However, as the Edmonsons, Damian McGillicuddy and AlistairCampbell so ably demonstrate, the making of creative images byshear weight of propping, model casting and organisation is notdead! One of the quirky co-incidences of this showcasing of creativeimaging is that Damian, Alistair and Beth Dooner all feature Alice inWonderland! This is pure coincidence - honest! What it does showis the richness of creating images, they are all about Alice but looksubstantially different - and long may it continue! 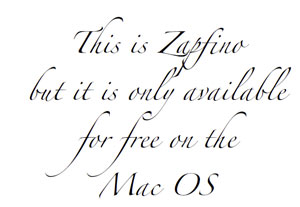 Dingbats, Palatino, Optima, Zapfino, Chancery are names with a hint ofrecognition to anybody who uses a computer to write things. They are ofcourse all fonts and the link is Hermann Zapf who died aged 96 in June. AtProfessional Imagemaker we regularly use the above typefaces, Chanceryfor image titles, Palatino in drops caps for Paul Gallagher's columns andthe others on an occasional basis. Zapfino is one of the most beautifulcursive script fonts around with huge potential for wedding albums andthe like. It is only available, free, for the Mac.

Finally on a more serious note, once again the power of the image hasbeen dramatically demonstrated with the publication of the images ofthree-year old Aylan Kurdi, washed ashore on the Turkish coast. Thischild is just one of many drowned while attempting to flee to a saferhaven, but these particular images shot by Nilufer Demir seem to haveawakened the consciences of the worldwide public. The images arethus on a par with those of Nik Ut, whose haunting picture of a naked,napalmed little girl galvanised the movement for stopping the Vietnamwar. Every now and again images rise above the task of decoratinglayouts and shake the world to produce real and lasting change - sadlythey have, to date, never stopped the history of war repeating itself overand over again. It always was, always is and always will be the childrenwho suffer most at the hands of misplaced political ambition andmeddling.