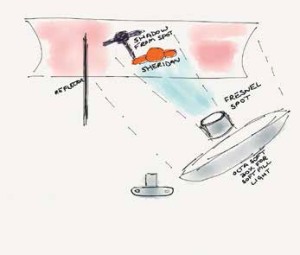 Every now and then, you get a feeling, an instinct, that something that you are involved with is going to end up being something very special.

Such was the case when I was in the running for being the photographer on the recent ITV drama 'Cilla'. It was to star the much loved Sheridan Smith in the leading role, who would be playing Britain's favourite Aunt, Cilla Black, during her formative years as a young girl dreaming of singing and stardom in the inspiring era of the Cavern, Mersey Beat, Beatles, Epstein, et al.

I had previously worked with Sheridan on her highly successful 'Mrs Biggs' drama for which she had deservedly won a BAFTA for her portrayal of the wife of the most famous Great Train robber and some years before that, I had also photographed Sheridan on the comedy series, Two Pints of Lager. So we already had a good working relationship and I knew exactly how lovely and easy that she is to work with.

It would be fair to say that when the call came through that I had 'Cilla' for myself, I was genuinely excited and immediately saw it as both a challenge and an opportunity. While I recognised that Sheridan and I worked easily together, I did not want to simply 'put in a shift' and take pictures that may well have adequately done the job. I planned to use our working relationship as a platform to move our photography on to previously unvisited places. I recognised that all these elements had come together to present me with a real opportunity to explore this project and I was absolutely determined to do so. 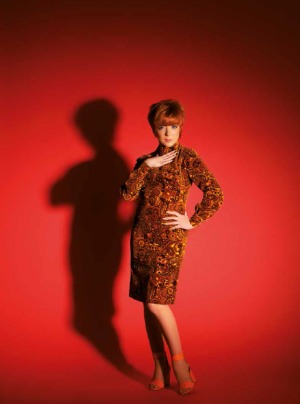 As I was booked to cover the main scenes and characters throughout thewhole shooting schedule, I knew that with my experience of shooting TV and choosing my moments wisely, I would be able to not only cover all the action but also slowly but surely, build up a catalogue of 'set up' images that could complement the publicity for the show.

Also planned, when obviously Sheridan was not being filmed, were a good few hours with her, costume and make-up, where we could set up a temporary studio and hopefully get images for those essential magazine cover images. We found the perfect place in the gymnasium of the Liverpool TA centre when the car park was being used as the production unit base. My boss Pat at ITV Drama had previously sent me images of Cilla taken in the 60s, so that I could hopefully capture the feeling of the era and we also worked closely with the costume department to make sure that the colours worked perfectly with our vibrant 60s backgrounds. I spent some time researching the lighting styles, focal lengths, etc commonly used back then. I even visited Derby market and bought a piece of lovely vibrant, shiny blue material that would work perfectly with the yellow costume. The key was vibrant and lively complementary colours, such as blue against yellows and red against greens.

While we also had secured a fair chunk of time with Sheridan, I still wanted to explore different lighting styles and not simply repeat the same lighting against different Colouramas. For a large soft light, I used my Elinchrom Octa soft box with reflectors. I also wanted to use my lovely Elinchrom fresnel spot attachment, that gives a light quality thatis absolutely unique and it is this image that will be the one that I dissect for the article.