In my early days of figuring out how to light and expose for digital capture, I was faced with the 'chicken or the egg' quandary; how do you create perfect lighting and exposure if you don't know how your image is to be processed, and how do you determine optimum processing if you don't have lighting, metering and exposure figured out? The crux of the matter is that both lighting and processing affect image contrast and tonal range.

With film it was easy since the film companies had standardised film's response to light and chemistry for us, so part of the puzzle was already complete. But in digital it was the 'Wild West' - anything goes and you are on your own (which may sound negative, but I love it, I want all the control!). Anyhow, after some heavy thinking and much heavy breathing, it occurred to me that digital is not really that much different from film; to be a successful film-shooter one needed to do film tests to figure out the correlation between film, camera, meter and processing. With this in mind I transposed what I learned from film into the digital world and found that I needed to shoot a Shirley just like I did in the 'olden days' (see sidebar entitled 'Shirley').

Shirley: If you haven't been in photography for too long you may be asking yourself, who is Shirley and what has she done to photographers that she deserves to be shot? Did she apply hairspray to her 'do' too near someone's lens or did she publicly declare that photography is not really art? Well neither of these is actually the case, in fact, back in the old days of film, an ISO or sensitivity test was referred to as a 'Shirley'.

So you see, a Shirley is more of a thing than a person and now you are probably wondering what on earth Shirley has to do with testing sensitivity. Well according to my lighting mentor, Dean Collins, unless he was pulling my leg, which he often did, the name Shirley comes from the old days of film at Kodak. One day a long time ago some of the technicians were setting up a test and needed a flesh-tone and so they invited Shirley, the Kodak receptionist from their department, to sit in for a few shots and so Shirley became the Kodak ISO pin-up girl. 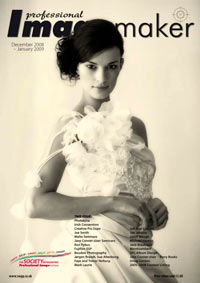