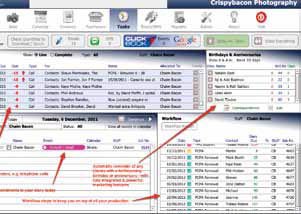 Any photography business wants to appear as if it's making like the proverbial swan. Though our legs are in fact paddling away furiously, above the waterline the desired impression is that of supreme confidence. To achieve this it's essential to minimise the time spent on admin and maximum time spent shooting; however, we all know it's easier said than done. Help is at hand. Although an admin assistant or secretary is a luxury most photographers can ill afford, there are an increasing number of software programs pitched at pro photographers who want to organise their business in the most efficient way possible - the upshot being that you actually make more money through being super organised and completely professional.

Coming under the banner - or rather umbrella - of the Click Group, an organisation that has been generating business leads for photographers for over two decades as what it claims is the UK's largest nationwide network of independent portrait photographers, is business management software The Photographic Organiser - TPO for short - now in Version 8.4. Previously this was a package produced and developed by the company Productive IT, and as previously reported in these pages was bought by the Click Group in November 2011. 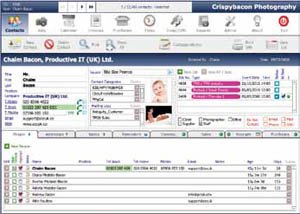 What TPO is, and what it can do for you The sales pitch for TPO, and what makes it particularly attractive, is that it is designed to help grow your business and increase sales as well as managing it efficiently and improving communication with customers. With the ability to set up automatic reminders and email invoices to clients at a single click, and legibly concise screen layouts, crucially the chance to save time and re-direct those precious man-hours to your shoots is there.

In short, via an almost exhaustive list of features - and this is a program you can play with for a while but still feel like you've barely made a dent - TPO hands you the sort of day-to-day control over your business we'd all like, thereby reducing the chance of error and eliminating unnecessarily time wasting, and data duplication. We found that, if you're disciplined, it also helps to cut down those scribbled notes on scraps of paper that quickly get buried under piles of other notes on your desktop. Here you get reminded of tasks, rather than having to force yourself to keep abreast of them. All importantly, compatibility is offered with both PC and Mac: namely Windows XP, Vista and Win 7, along with Mac OSX 10.5 Leopard, 10.6 Snow Leopard and 10.7 Lion. 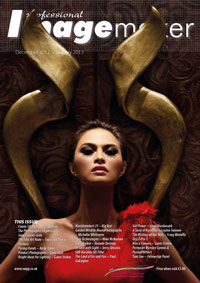