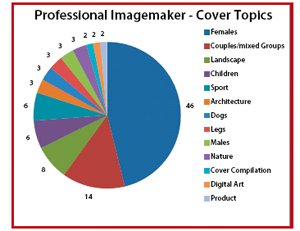 From a production point of view things have also moved on. A pdf workflow was considered a bit risky in 2002; Aldus PageMaker and QuarkXPress ruled the roost and CD had only just become the medium of choice for transfer to the printing house. Adobe InDesign changed all that (Issue 20 August 2005, first perfect bound 100-page issue), wiping Quark almost right off the landscape and providing a secure environment for getting stuff to the printed page without any nasty surprises. The quality of the adverts received has also risen in step with these changes, some of the early stuff was pretty gruesome! The statistics involved with Imagemaker over the 70 issues are frightening. They consist of 10,000 pages holding an estimated 1,750,000 words - that's a lot of spell checking! The first issue ran to just 22 pages compared with today's average of around 150 pages (always in folios-clusters of eight though).

Some things have changed little. In truth, Photoshop 6 could do most of what we do today although it has obviously got faster; the Intuos 2 graphics tablet shown in issue 1 is actually the same one that I use today. Image delivery has changed out of all recognition with Facebook, tablets and fancy phones being the viewing of choice for many and we too go into the Apple store. A single 300-500MB file emailed to the printers has replaced the many CDs of TIFF files for re-assembly by the printing house (sometimes it was one CD per feature!). In the early issues we would routinely be supplied with medium-format transparencies of products for use with reviews. What has changed overall though is the ability of the photographers to exploit the new tools combined with improvements in offset printing technology which preserves the inherent quality of the imagery. 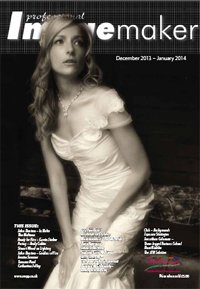