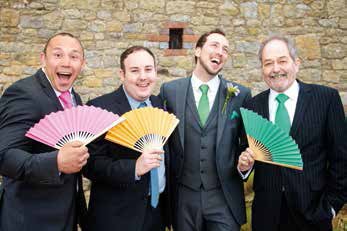 With same-sex weddings all this is irrelevant and if any ceremony is followed, the roles are not always gender based, unless the couple specifically decide to follow tradition.

The image of a modern day virginal bride in white, is still the most popular look and dream for most women planning their wedding day, however, the look this portrays, poses serious questions about how it is translated and reinforced, when it comes to true equality between couples thereafter.

As a wedding photographer strongly interested in women’s issues, I am concerned with just how stereotyped wedding images of gender translate to the viewer, particularly the younger generation, when it comes to true equality for women. It is interesting to ponder what messages are being derived from the portrayal of such images, in relation to the reinforcement of these roles.

Gender Stereotyping and the Princess Bride

I believe one of the culprits to this stereotyping is one that starts from birth. Many new parents will follow the same old-fashioned rule of ‘blue for boys and pink for girls,’ thus gender casting and channelling their own children into a system, that is deeply ingrained within our society from the word go. 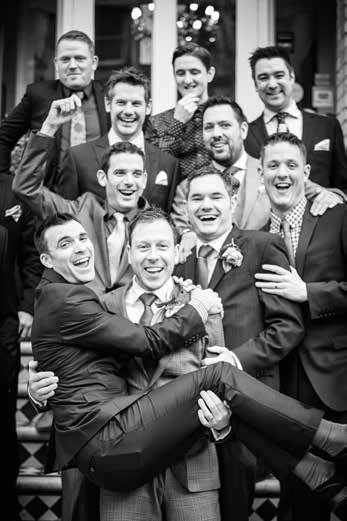 This defined pathway continues throughout childhood and after outgrowing their fairy-tale stories, the media and movie industry keep the fantasy alive with romantic notions of boy meets girl, boy marries girl (in the most dreamlike fashion possible) and their lives are thus complete. Then as young girls grow up, a new princess fantasy creeps into their reality weddings; and as they progress from the Disney fantasy into the real world, the media continues to perpetuate the dream. Bridal magazines further reinforce the ideal, keeping the whole fairy-tale fantasy wedding dream machine alive.

With the UK wedding industry currently worth over £10 billion (hitchedwife.

org), it is the dream prophecy that sells, however, in sobering terms, one in two straight marriages now end in divorce (ons.gov.uk) and with marriage in the UK in steady decline, this prophecy is no longer being fulfilled.

As gay marriage is still in its infancy, we will have to wait a little longer to decipher if the divorce figures for heterosexuals are comparable to gay relationships, however, as gay couples have only recently been allowed the privilege of their straight counterparts, you find commonly that these couples have been living together for longer and don’t necessarily follow the white wedding dream into a marriage of expectations and ‘happily ever afters.’

How gay weddings differ is they have the opportunity and virtual free license to throw out the tradition of a typical ceremony, whilst working alongside the framework of a straight wedding, to replace certain aspects that clearly declare the equality of the couple being wed.


Please Note:
There is more than one page for this Article.
You are currently on page 2 Contact Emma Joanne