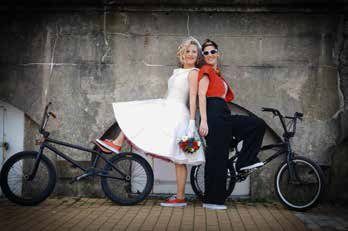 As a wife and ‘homemaker’ in contemporary western society, heterosexual women are still expected to play various ‘traditional’ roles, which have been passed down through generations of families. These traditional values and beliefs, which are commonly practised and accepted throughout society, paint a very male-dominated road to heterosexual marriage and beyond, into the realms of the stereotyped roles that many women, in contemporary western society still assume; thus being far from equal and which some may say contributes to a high divorce rate.

Equal Partners for Life and What We Learn from Gay Weddings

Until recently LGBT couples did not have the privilege of their heterosexual counterparts when considering wedding rights or rituals, as civil partnerships have never required any formal exchange of vows or public declaration. This means that historically anything gay couples did to mark their special day would have been of their own choosing and this even comes down to the choice to elope in the first place, which is commonly made together. 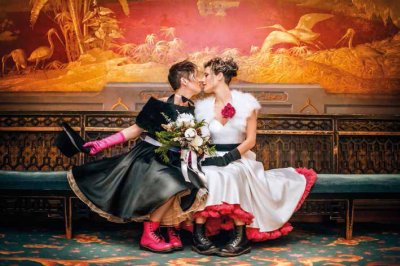 In gay weddings, attire symbolising the purity of the bride is often replaced with its non-white equivalent or co-ordinated outfits that don’t necessarily fit the traditional wedding mould, but represent the joining of two unique but equal entities.


Please Note:
There is more than one page for this Article.
You are currently on page 3 Contact Emma Joanne