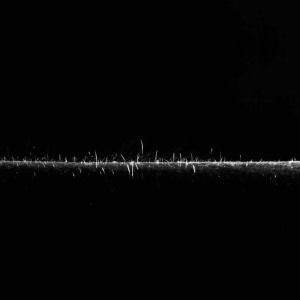 By Kevin Casha
Art is so subjective that its formula and definition remain elusive to this very day. Perhaps this is an advantage for the creative soul, as this constant doubt and questioning can spur on the artist to maintain their life-long quest to give intent or purpose to their work. My photography has always been curiously characterised with the attempt to convey the elusive beauty of life through choice of subject matter, aesthetics and technique. I believe we should really try to surround ourselves with what is beautiful in this world - at least to try to counter what is horrific. Yet, lately, I have been looking at other unexplored directions in which to take my work. I have begun probing, questioning and leaving my comfort zone to tackle subjects and issues which I had previously kept away from. This recently-awakened insight is now hopefully enabling me to weigh my work with more meaning, purpose and concept. I believe that inspiration can be found in any object or situation - it is the artist's job to uncover them. As Henri Matisse quoted: 'There are always flowers for those who want to see them.'

Technique and aesthetics are still somewhat of a hallmark in my imagery - habit dies hard - but now I find myself more and more concerned with uncovering a reaction, a mood, an emotion. The fact that I was trying to earn a living from photography per force influenced most of my previous oeuvre. No one will pay money for work that is not likeable or for an unflattering portrait. Yet I have realised that for my art to evolve, I must attempt more personal work and, occasionally, forget the client. Concept is becoming one of my more important driving forces and is now foremost in my mind - even before picking up the camera. The main motivation behind the production of my current work is to strive to obtain a reaction from my viewers - any kind of debate or provocation is much preferable to viewer indifference.

Even though I am coming from a film-photography background, I have been utterly converted to digital media. The latter has gifted the photographer with the same tools and opportunities as any other artist. There are now no barriers whatsoever. The only limits are the photographer's creativity, perception and passion. When I reflect on this, I cannot embrace more the thought attributed to the great Michelangelo that 'A man paints (or photographs) with his brains and not with his hands'.

Eventually, the final task of this masters degree consisted of a 30,000-word thesis and a related art project; it was not easy to define my particular area of study. The vast amount of knowledge and questions thrown up by the lecturing tutors, as well as the voluminous reading involved, had me hopping about from such diverse subjects as science, sociology, philosophy, feminism, religion, moving imagery and so on - the list is infinite. Yet, slowly but surely, I became more and more intrigued by the way I saw photographs and the way people interpreted imagery. The final title of my area of study boiled down to 'Reassessing the Space between Viewer and Viewed'. This consisted, amongst many other facets, of investigating the reading of the image through an assessment of the physical distance between the viewer and the viewed together with its relationship to the boundaries of the frame. Bi-dimensional space and physical distance between the viewer and 'the viewed' affects the interpretation and the reading of images. The work examined relevant issues of vision, framing, ethics, media, aesthetics, social conditioning, literature and other pertaining factors. The research conducted also revolved around the input and influence of the creator and the technological advancements which act upon image production and perception. Naturally, photography revolved around all the study and art project.