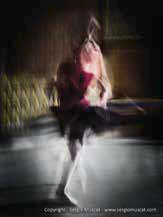 While the photographic technology has advanced significantly in the past years, DSLR development has been negligible, really and truly. Megapixel count has been increased consistently, an arguable benefit in itself, but ISO sensitivities have remained quite stable, and apart from the introduction and development of DSLR video (clearly a big step for film-makers) nothing much has changed. What has happened mostly in the past years is miniaturisation. Clearly manufacturers have realised that the ceiling has almost been reached in the development of DSLRs with current technology, and have rightly started looking in the other direction, taking the current technology and making it smaller - and as often happens with new technologies and directions, everyone did it differently (and incompatibly).

As also often happens, the big manufacturers took their time to get onto the bandwagon, and messed it up completely. As a Nikon guy I waited for a while until they decided to create their mirrorless line-up, and when they did, started looking elsewhere. The fact is that there is one key point in this shrinking race - the balance between size and image quality. It also depends very much on who is being targeted, and how flexible the platform should be in terms of producing both entry level and professional grade cameras. Sony did an impressive job with fitting a huge sensor in a tiny body, and Samsung also opted for a larger sensor. The main issue with this approach is that larger sensors require larger (and more expensive) lenses, apart from being more expensive to produce in their own right. Sensor production cost is exponential to size, not linear. Nikon went the other way, opting for a very small sensor. Way too small in my view - too small to ever support a professional or art level standard. I can somewhat see their point - they wouldn't want to cannibalise on their other product lines, however, I think that this is a very narrow and short-sighted point of view. Canon, on the other hand, just went nowhere but into a coma for a few years, then produced something that everyone hated. Geniuses.

Naturally, in the end it is the market that tends to dictate which formats will rule the world, and although it is still a little early to say for sure, my bet is on the two remaining ones: the Fuji X system and the Olympus/Panasonic Micro Four Thirds. Fuji has developed a great system, and went about releasing it in the best possible way, launching the X100 fixed lens camera first, winning the hearts of everyone. Simple is beautiful (if you can afford it). They followed up with a system which had the same sensor but an interchangeable lens. The main drawbacks being a limited lens line-up (which will improve with time) and a poor AF, which unfortunately has not improved much yet. It's targeted towards the nostalgic street photographer, focusing on a rangefinder look and an array of mostly prime lenses. I am confident that this platform, given some more time and work, will become the standard for street photographers and landscape artists, and with the next generation soon to be released, this might happen soon. From the little I've seen, the image quality is exceptional, although RAW support is still dodgy, and I'm not a big fan of the colour rendition (although the latter is purely a personal view, besides being something that can be adapted). 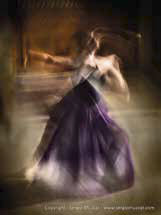 My favourite of the bunch is, however, the Micro Four Thirds system. It has a number of advantages which make it a clear front runner in the contest. Firstly it is based on the four thirds system of SLR cameras, so in many ways it is an adaptation of an existing system rather than something totally new. Granted, I never thought much of the old Four Thirds system - if you're building a tank, you don't load it with a handgun. But this platform was born for mirrorless. When the first PEN systems were released, true to my gadget-loving nature, I purchased one when I had to travel with very limited luggage. The great thing about it is that the entry level E-PL1 was a steal - practically as expensive as a highend compact. This was a very young technology, and it had its drawbacks. It didn't replace my SLR, but I knew that given a few years it would mature enough to compete. Even then, the image quality was superb - good enough for fine art printing and easily handheld at a very low shutter speed. Unsurprisingly, there were a few things I hated about it. For starters, working without a viewfinder is a pain in the back (and the external one was almost as expensive as the camera). It makes holding the camera steady much more difficult, and the display is useless in strong sunlight. Secondly the autofocus was way too slow compared to the SLR and unusable in some street situations. Finally the controls were more like a compact than an SLR so changing anything was tedious. I knew, however, that these drawbacks would be addressed eventually as the technology matured. I think that a couple of years down the line, we might have finally gotten to that critical turning point.

The great thing about Micro Four thirds is that the sensor size is large enough to provide decent image quality (as long as they don't try to cramp more pixels onto the sensor, which I think they've realised, freezing the count at 16MPix since a couple of generations) which should be good enough for any professional, and probably for any artist too (to be seen!), and small enough to be able to produce a full range of cameras based on the same platform, from entry-level to pro, meaning photographers can start from the lower levels and end up with the top-of-the-line without having to worry about making their lens investments redundant. And on the subject of lenses, M43 has several advantages. Foremost, it has the widest range of lenses of any mirrorless system, especially since multiple producers are adhering to the platform. That on its own would be enough to sway many towards it rather than wait for others to catch up, and if played well, by the time they do, M43 will already be the dominant system. Secondly there is also a slew of older 4/3 lenses which can be used on M43 with an adaptor, and with the latest OM-D EM-1, these can now also be used with phase detect AF, making the focusing much faster. On paper, I'm quite impressed, and that doesn't happen often.